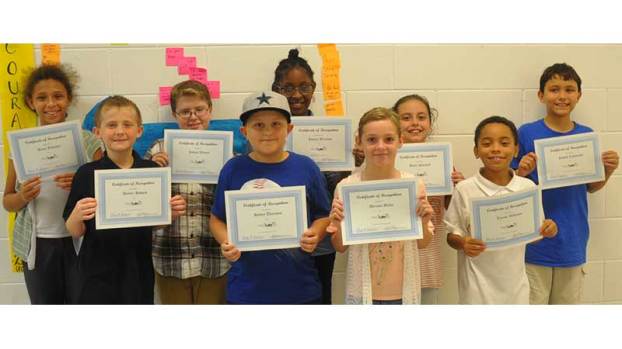 During the Oct. 8 meeting members of the Cumberland School Board recognized students who participated in the WAGiLabs Camp. The Camp was held June 25-29, for students in third and fourth grade. “WAGi” stands for “What a Great Idea!” WAGiLabs is a program designed to inspire kidpreneurs through developing a mindset of embracing curiosity, compassion, courage, and connection in order to change the world.

The students made a presentation at the meeting, outlining their ideas for solving one of the problems of the county. The problem they chose was litter. As part of their efforts, they created a mascot named “Dumpster Dan,” who serves as the spokesperson to teach others not to litter. They also designed an initial prototype of a robotic trash collector that would pick up trash both on land and water.