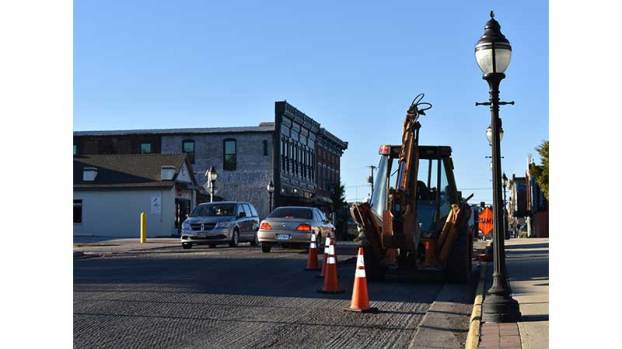 Farmville’s Main Street is set to be repaved by next week, but the process has caused traffic delays along the road.

He said the project is set to extend to the intersection of Plank and River roads.

Atkins said paving along downtown roads is expected to take place Thursday as rain is forecast for Friday.

Atkins said if the weather does not pose an issue for next week, the road along Main Street should be paved by next week.

“Hopefully next week, I’m hoping we can get it all done,” Atkins said.

Atkins said after it’s been repaved, he and town crew will repaint the road lines, which is not expected to create as much of a delay in traffic.

The roadwork has created traffic delays that started Tuesday.

“We’ve had some calls,” Atkins said. “But for improvement? What do you do? You have to take a little bit of the inconvenience to be able to get a nice, smooth road, and that’s what we’re doing.”

“The road was in bad shape,” Atkins said. “It needed it bad. I’ve gotten complaints on it that it needs to be paved, which I’m glad we’re doing it now.”

“We appreciate the public’s cooperation with it,” Atkins said.

Young people and their families donned costumes and got the chance to paint pumpkins, make paper bag puppets and even... read more