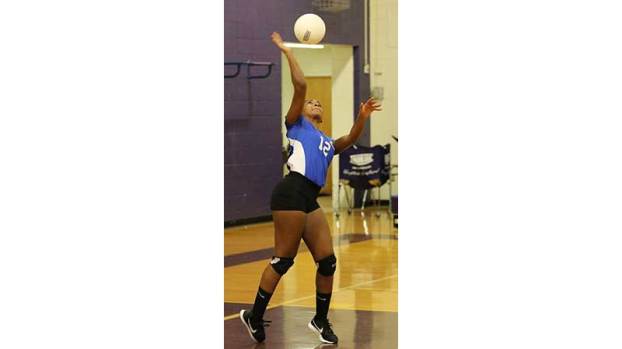 It has been a bit of an up-and-down season so far for Cumberland County High School’s varsity girls volleyball team, but the all-around talent of the Lady Dukes has helped give them a record better than .500 going into next week’s action.

Glenda Grubbs, the Lady Dukes’ new head coach, noted being pleased with her players’ individual contributions but added that as a team, Cumberland has obvious room for improvement.

“We still need to play on our level more consistently,” she said, rather than playing down to the level of some opponents.

The Lady Dukes opened the year with a win, followed by a loss, a win, then two losses, three wins, two losses, a win, a loss and now a win after Tuesday’s match.

“There’s been a lot of close matches, and we beat Bluestone, and I don’t think Bluestone was expecting even to get beat by us, but we played up to the talent that we had that night,” Grubbs said.

Cumberland visits Bluestone High School on Tuesday at 7 p.m. for a rematch.

The 2018 Lady Dukes roster is comprised of six seniors and seven juniors.

There are five captains that lead the team: senior Ayana Speas, senior Brett McHenry, junior Jordan Cooke, junior Nikki Hurt and senior Nadia Elasha. Speas and Hurt are bold offensively, Elasha is key in the middle and McHenry and Cooke are vital setters.

‘All the way through’