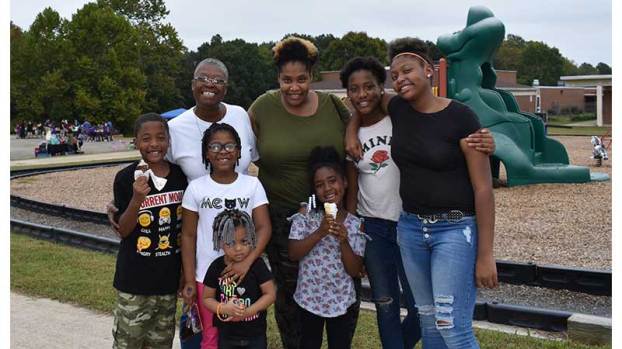 Organizers estimate at least 200 children and adults attended the event, which included a petting zoo with everything from creepy crawlers, such as snakes, spiders and lizards, to soft and furry bunnies, goats and even a donkey. There were games, multiple craft stations, Halloween “tattoos,” two bounce houses, food vendors, an ice cream truck and more.

Wells was quick to point out that the association received lots of help from parents, teachers, area organizations such as the Longwood Center for the Visual Arts, which donated rocks and supplies for the rock painting station, and prominent business people, like Real Living Cornerstone Realty owner Navona Hart, who provided monetary support.

A great time was had by all.

Members of The Longwood Garden Club opened their 93rd year with a meeting on Sept. 24 held at the Longwood... read more