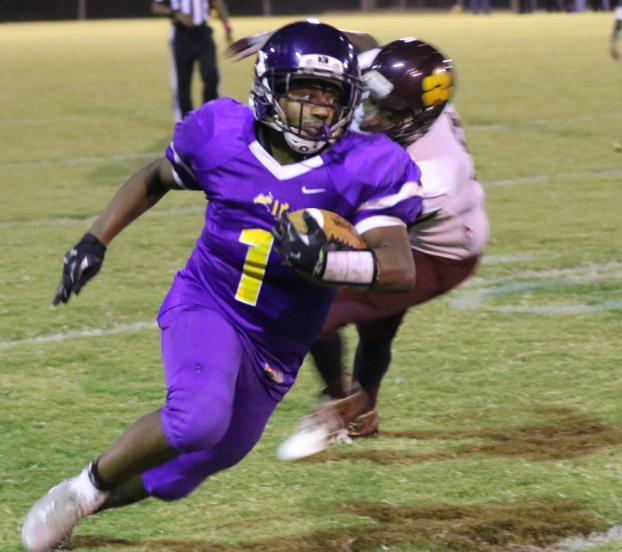 Prince Edward County High School’s varsity football team played a competitive game against visiting Nottoway High School in a game that impacted the Region 2A playoff picture, but the Cougars were able to pull away in the fourth quarter for a 33-13 victory.

“We came out and we played tough,” Eagles Head Coach James Ford said. “We played well enough to win, but Nottoway outplayed us.”

Ford noted that his team’s weakness was in execution and finishing drives.

After the Cougars went up 7-0, the Eagles responded quickly when senior running back Jarrel Robinson ran for a 42-yard touchdown.

Nottoway built a 19-6 lead by the fourth quarter, and then senior wide receiver Tajh White caught a five-yard touchdown pass from freshman quarterback Nate Reed to make the score 19-13.

The 2018 New Life Homeschool varsity girls volleyball team has put together an 12-0 record this season in the course... read more