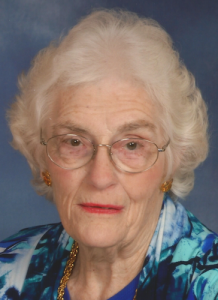 Bethel United Methodist Church, where her family had attended since its inception around the year 1800. Carole graduated from Mathews High School in 1955 and worked at Lee-Jackson school for several years. A gifted musician, she played piano and organ and sang at numerous local churches, weddings and funerals. Carole married Rev. John Avis Black, II in 1964. Her only child John Avis Black, III was born the next year. Carole returned to Mathews after living out of state for a short time and went to work for Dr. Sadler in Mathews until her marriage to Rev. William E. Hindman in 1976. Bill’s service in the United Methodist Church took them to charges in Caroline, Chesterfield, Richmond, Buckingham and Lancaster Counties, and the City of Petersburg. Carole faithfully served as the consummate pastor’s wife until Bill’s passing in 1995, after which Carole returned to Mathews and her volunteer work at Bethel Church. She served on many committees and boards at the church, including the Administrative Council and serving as a Trustee. Carole also took great pride and joy in her flowers and gardens at her home on Put-in-Creek.

Carole passed away on Monday, October 08, 2018. She was preceded in death by her parents Rev. J. Martin and Leone Diggs, and her husband Rev. William E. Hindman. She is survived by her son John A. Black, III and his wife Lori and their children Catherine, Reagan and Tyler Jackson; her cousins Shirley (Billy) Snow, Nancy Revere, George C. (Gail) Ripley, Jr. and special caregiver Rachel Simmons. The family would like to thank the staff at Riverside Convalescent Center in Mathews for their compassionate care over the last year of Carole’s life.