Brenda Fay Davis Wharam, 69, of New Canton, passed peacefully surrounded by her family and many friends on October 23, 2018. She was born October 3, 1949, a daughter of the late Roy M. and Ora Newton Davis. Fay found joy in the simple things in life, particularly flowers. A 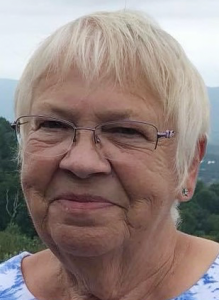 flower in Fay’s yard might be planted and then moved several times until she located its perfect spot. She also enjoyed tending her vegetable garden, quilting, crocheting and traveling. Fay traveled throughout the United States and the world with friends, traveling to the Holy Land was perhaps her most favorite. Fay was an active member of her church, PCC- Riverside. Fay’s faith in her Lord Jesus brought her immense joy and the realization of life eternal.

She was preceded in death by her parents; son, Brian Wharam; sisters, Esther Zicafoose and Tina Call; brothers, Frank Davis and Alton Davis.

Christine G Hadel, age 98 of Farmville, VA passed at the Woodlands on October 21, 2018. Christine was born on... read more