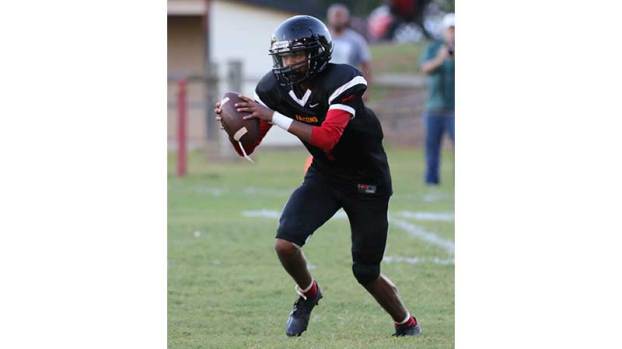 Fuqua School’s varsity football team has been the dominant, more experienced squad in previous showdowns against Fredericksburg Christian School, but Friday night, the tables were turned as the young Falcons struggled in their 2018 season opener, falling 53-6 to the visiting Eagles.

“We played a team with double-digit seniors, and we’ve got four,” Fuqua Head Coach Ben Manis said. “We’re a young team. I like the fact that even though we’re young, I didn’t see anybody giving up on the play or giving up on anything.”

The Eagles took a 27-0 lead before the end of the first quarter. The Falcons responded early in the second with their only score of the game. The successful drive was set up by a big kickoff return from sophomore quarterback Maureon Tisdale-Couch and capped by a 13-yard touchdown run from senior dive back Christian Adams.

Adams finished the game with 11 carries for 72 yards.

With junior quarterback Elijah Warner sidelined by an injury to his throwing hand, Tisdale-Couch and sophomore Luke Gee filled in for him, and Manis praised their efforts.

The coach noted that all but three players on offense were making their first varsity starts.