Walter E. Sperling, Sr. of Dillwyn, died at his home on Friday, August 31, 2018. He was 81. Walter was born August 25, 1937 in Philadelphia, PA. His family then moved to Trevose, PA, where he attended the Lower Moreland School System in Southampton, PA. 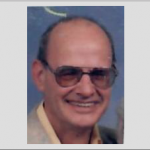 After graduating in 1955, he enlisted in the Army and was sent to Korea. He received several medals for his excellence in rifle, carbine, M-1 and sharpshooting. As a result he was assigned to guard and protect his fellow soldiers repairing the electrical lines along the roads they traveled. He also volunteered at a children’s orphanage there handing out food, clothing and toys. He was given a high security clearance and transferred to Camp Gordon, GA, where he completed a course in teletypewriter repairman and then he was given an honorable discharge in 1958.

After his discharge he then gained employment at the Bristol-Courier and Levittown-Times Newspaper in Levittown, PA. In 1960 he met the love of his life, Betty Lou “Babe” Wolfgang of Croydon, PA, who came to work alongside him as a proofreader. In 1962 they were married and together raised two children, Walter, Jr. and Melody Ann (now deceased). Along the way Walt received a call from a local newspaper in Long Branch, NJ offering better wages. This led to employment at The Doylestown Intelligencer in Doylestown, PA and then The Philadelphia Bulletin in Philadelphia, PA where he stayed until its closing in 1982.

In the early part of 1983, Walt pumped gas and worked at Burgoyne Greeting Cards in Philadelphia until December of 1983 when a call came in from RCA Corp. in Moorestown, NJ. Walt put his tool box down in one corner of the workroom and liked to joke about the fact that he never moved it during all the transitions that occurred there; from RCA Corporation to GE Aerospace, to Martin-Marietta and finally Lockheed-Martin. Walt had the opportunity to work on the Aegis Radar System and after attending several technology schools for the Company was given several awards and citations for his suggestions on how to better the Corporation and its product.

Walt retired in 2000 and he and Betty sold their home in Blackwood, NJ and bought a 38 ft. Pace Arrow motorhome and along with their pet cat, Spunky, began to travel the East Coast, then turning west and got as far as Houston, Texas before it was decided to look for a place to call home. After a while they settled in Dillwyn, VA in Buckingham County. They attended Bethlehem Baptist Church on Troublesome Creek Road where Walt took on the duties of head usher and took under his wing some of the young boys from the local correctional school. After 16 years of service there, he became an active member of First Baptist Church, Dillwyn, led by Pastor John Moxley and Associate Pastor Jimmy Dunn.

Walter will be cremated and then his cremains sprinkled over his vegetable garden and a certain peach tree standing nearby.

Services will be held Thursday, September 13th at 6:30 p.m. at First Baptist Church, Dillwyn. In lieu of flowers, donations will be appreciated for final expenses.