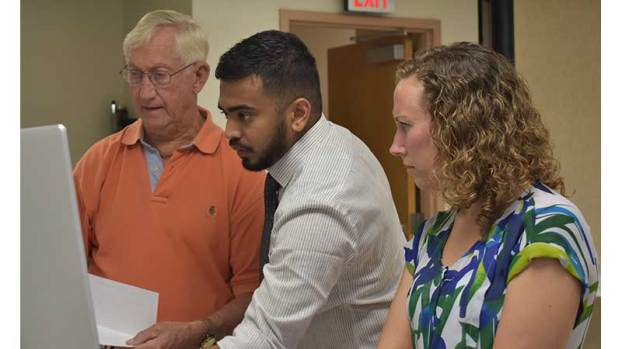 The approximately $2.6 million project is set to improve the intersection spanning nearly half a mile.

The Sheppard’s Country corner store and Exxon station is located at the intersection.

“Right and left turn lanes will be added on Route 15 south at Francisco Road and a right turn lane on Route 15 north at Stagecoach Road,” documentation from VDOT cited about the project. “During construction, one lane of traffic will be maintained at all times with temporary lane closures using traffic control devices.”

VDOT Communications Representative Paula Jones said some widening of the roads will occur to accommodate the turn lanes.

“Speed and safety studies have been conducted on this intersection and it is listed on the VTrans 2025 Needs Assessment Safety Map and Report,” the documentation cited. “The intersection has above average crashes based upon evaluation.”

The roadway set to see improvements has an estimated five to six landowners along the intersection.

Buckingham County Planning and Zoning Administrator Rebecca Cobb attended the public hearing and was the one who submitted the application for the road project during the first round of SMART SCALE, which is represented by VDOT and the Virginia Department of Rail and Public Transportation.

SMART SCALE is a “method of scoring planned projects included in VTrans that are funded by House Bill 1887,” the SMART SCALE website cited.

Cobb said the intersection’s above-average number of vehicle accidents and relatively low cost of improvement made the project ideal for development.

Cobb said another SMART SCALE project in Buckingham, an approximate $2.9-million project to construct right and left turn lanes at the intersection of Route 60 to Route 56, was approved and a public hearing was held at the Buckingham Agricultural Resources Network Building (BARN) earlier this year.

Wayne Beasley, who owns property along the intersection that includes a commercial building, said he received a written notification of Thursday’s meeting.

“It’s no impact to me at all,” Beasley said.

Beasley said he believes it can only help to improve the turns at the intersection.

Eugene R. Davis said he owns approximately 240 along the area of the project and echoed Beasley’s comment that he does not see a significant impact on his property.

The comment period for the project ends Sept. 16, or Sept. 23 in the case of inclement weather. Those interested in providing comments via email to Project Manager Raina Rosado at raina.rosado@vdot.virginia.gov with the subject line “Route  15/636 Public Hearing Comments,” and via mail at “Virginia Department of Transportation / Raina Rosado, P.E., Project Manager

People from around the community gathered for a vigil Thursday, Sept. 6, to remember Madeline Gearheart Mitchell, of Farmville, described... read more