The Rev. L. Francis Griffin, an active advocate for civil rights in the 1950s and 1960s, particularly for students barred from education in Prince Edward County, and an influential pastor of First Baptist Church on Farmville’s Main Street, was honored during a service Sunday, Sept. 16, held at First Baptist Church by those who knew him and those who continue to carry out his work. 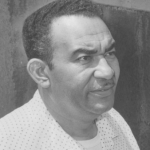 The celebration of Griffin’s 101st birthday include a sermon from the Rev. Eric Griffin, L. Francis Griffin’s son who pastors St. Stephen United Church of Christ in Greensboro, North Carolina.

Born Sept. 15, 1917, Griffin’s pivotal leadership role began in 1951 when Barbara Rose Johns led a student walkout at Robert Russa Moton High School to protest education inequality for African-American students. It continued with the Brown v. Board of Education decision in 1954, between the years of 1959-1964 when students were barred from education following the closing of Prince Edward County’s public schools, and continued following the schools reopening until his death in 1980.

Cainan Townsend, director of education and public programs with the Robert Russa Moton Museum, said the museum was involved in putting the celebration together. He said he was honored that four of Griffin’s children attended the event. 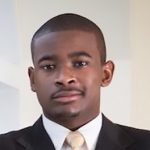 “Griffin Day is an opportunity to for the community to come together to honor the role that faith has played within our community and the civil rights movement,” Townsend said. “It also allows us to honor the legacy of the late Rev Dr. L. Francis Griffin Sr. He who was a leader and mentor to many, and also helped fight to save public education for the nation.”

Farmville Vice Mayor A.D. “Chuckie” Reid said that he attended First Baptist Church when Rev. Griffin was the pastor, and was baptized by him. Reid said he worked with Griffin during the era that Griffin was most active in Civil Rights and that Griffin inspired him into public service and advocacy.

“Rev. Griffin was always known as the fighting preacher because he stood and fought for the students out of school until the end,” Reid said. “He was a powerful man. I will never forget him fighting for justice.” 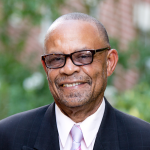 The Rev. James Ashton said the reception to the celebration was evident of Griffin’s profound influence in the area, and said he felt Eric Griffin’s sermon exemplified a lot of the lessons Griffin demonstrated to his family and community, including putting his life and reputation on the line for civil rights.

“He was a great American who has contributed much to the history of humankind,” Ashton said. “Particularly in the area of equity, and fairness, and having people find their voice and rights in this country.”

“He didn’t talk it,” Ashton said about Griffin’s commitment to Christ-like service. “He lived it.”

Eric Griffin said he and his family were grateful to see those who attended the celebration and to continue to see people being inspired by him.

“There should definitely be a Griffin Day celebration to remember all that our father and mother endured along with the other Prince Edward students and their families who continued to live in the area and were so drastically impacted by that whole ordeal as well,” Eric said. 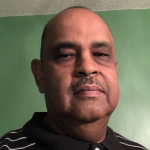 Eric said his message was to deliver hope to people who may have felt that they may lose the rights that Griffin and Dr. Martin Luther King Jr. were able to achieve due to current policies and gerrymandering efforts that create lack of representation in certain voting districts, and threaten education, reproductive and voting rights.

“Rather than tell stories about some of the things that my father did on the occasion of the Griffin Day celebration, I chose to talk about what my father would have said or preached about in today’s world if he were alive,” Eric said. “I did this because what is crucial to remember about my father and Dr. King, and so many others who put their lives on the line fighting for the rights of not only their people but also other peoples as well, is the fact that they were advocates of justice and human rights for all. I have no doubt that if my father were alive today, for example, that he would be involved with the more progressive churches of today which see the struggles of African-Americans for justice as being a part of a larger struggle for human rights and justice which includes women, youth groups, members of the LBGTQ+ community, and those who are fighting for a living wage, adequate health care and adequate housing for all.”

“I sought to move those in the audience who were so inclined to stand up, to be courageous, and to continue the struggle for human rights and justice that my father and others like him started,” Eric said. “Because the victory is far from having been won; the battle for human rights and justice may have taken on a new look and it may have been expanded to include other groups of people who are experiencing oppression under the current leadership up in Washington, D.C.; but it is just a continuation of the same old battle that my father, our father, the patriarch of the Griffin family, was fighting when he was still alive.”

Midway to reopen under new owner

The site of the former Tipton’s Midway Grocery at 3156 Cumberland Road is set to soon reopen under new ownership,... read more