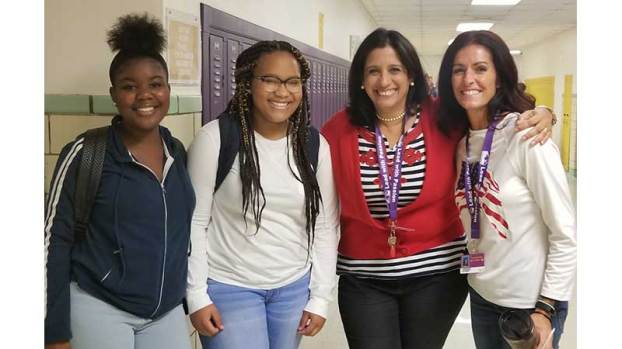 Residents of the Heart of Virginia ranging from youth to adults took time to wear red, white and blue and remember the terrorist attacks that occurred on Sept. 11, 2001. Two planes felled the Twins Towers in New York, another struck the Pentagon in Arlington and a fourth resulted in a plane crash in Somerset County, Pennsylvania. A total of 2,996 people were killed and more than 6,000 others were injured. Pictured are, from left, Nakyla Davis, Kemani Bowles, Maria Raia and Lisa Simon who participated in an event at Prince Edward County High School to remember Sept. 11, 2001 through wearing red, white and blue.