I read with interest President Reveley’s recent article, “A new monument for our community,” which appeared in the Sept. 12 issue of The Farmville Herald. This new monument will commemorate those who have made significant contributions to the quest to achieve liberty for all of our citizens. It is only fitting and proper that we are reminded by this beautiful classical obelisk of the many contributions made by Farmville citizens, past and present, toward the day when all of everyone’s unalienable rights are achieved. I applaud President Reveley and all at Longwood who have brought to fruition this tangible recognition of liberty’s champions. 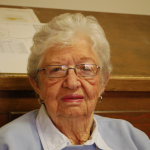 In addition to the well-known past events memorialized by this most welcome monument, Farmville’s -and Longwood’s – histories are rich in fascinating undiscovered stories. Certainly it is not feasible to erect monuments to them all. However, it is important to those that are particularly significant historically. Such a one is a property in Farmville that no longer fulfills its original intent, a place which provided years and years of happiness to those citizens of the town and the students at Longwood who chose to pursue happiness there.

I refer to the late Longwood Golf Course. Its storied history speaks eloquently to the joy that it brought to countless individuals over the decades. But also, and perhaps most important, it was life-saving for the men who worked so diligently to create it in the 1930s, for their jobs brought food to their tables, roofs over their heads, and clothes for their children at a time in our history when jobs were scarce.

Born of the depression, this recreational gem was designed by the well-known course architect Fred Findley, recognized in Longwood’s news release when the course opened as “one of the best architects of his kind in the South.” (The Rotunda, May 11, 1938). One of the many sterling achievements of legendary Longwood president Joseph L. Jarman, the course received much needed funding (over $5,000 — a princely sum in those days) through the Works Progress Administration and Federal Emergency Relief Administration programs of the Roosevelt years.

Surely a plaque, if not a modest monument, would be an appropriate commemoration for the historically significant beginnings of this beautiful property, and for the pleasure it gave to countless Longwood individuals and local citizens for 78 wonderful years. In addition, with the advent of intercollegiate competition, the many challenges of the course honed the skills of Longwood’s teams, resulting in five national championships in Women’s Golf and produced two players recognized as National Players of the Year for all three divisions.

For all of these reasons, life-saving help for those who built it in the ‘30s, recreation for those who pursued happiness there for over three-quarters of a century and decades of challenge for intercollegiate golfers, an appropriate commemoration is surely in order. Sited at the former entrance to the course, the monument (or plaque) would inform those who see it of the important history of this beloved course. It is my hope that Longwood officials will take this suggestion as seriously as they did the creation of the classical obelisk that stands as a tribute to all who promoted liberty for our Farmville and Prince Edward friends.

DR. BARBARA B. SMITH, is the former Longwood Women’s Golf Coach and Professor Emerita of Physical Education. She can be reached via email at bbsmith310@kinex.net.

Assault weapons are not the problem