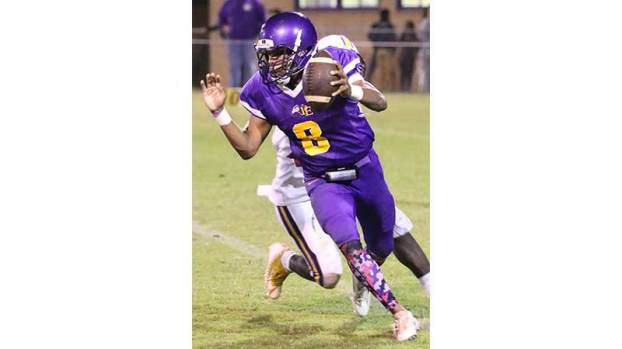 Lewis to walk on for Spartans in ’19

Lewis had previously come to an agreement with Averett University, a Division III school, but it did not work out.

The chance to play with the Spartans represents a huge second opportunity.

“It feels like I got robbed of my first season, and everybody knew how serious football was for me, so this is a really, really big deal,” he said.

As he was considering his collegiate options, Lewis formed a friendship with Norfolk State Wide Receivers Coach/Special Teams Coordinator Dyrell Roberts, and this connection and Lewis’ play in high school opened a door.

“We were talking at first, before I had committed to Averett, so we were talking on as far as me walking on and everything, and the coach is pretty cool, so I always kind of still kept in touch with him,” Lewis said. “He was very understanding, so we just sat down and talked, and I told him everything that was going on, and we just decided it would be best for me to come in the spring and everything.”

Walking on this fall was a possibility for Lewis, but he noted that it would have been a rushed and overwhelming process.

“Everything will start in January,” he said, referring to both his academic and athletic pursuits.

He said he plans to major in electrical and mechanical engineering.

“He’s an awesome player, but more importantly an awesome person,” Ford said. “I’m more than excited for him.”

As for how Lewis will fit into Norfolk State’s program, Ford said, “Right now, he’s an athlete, so he’s probably going to be a receiver/(defensive back) type. But again, that’s the Division I level. There’s going to be a lot of guys in the same boat, so he’ll have to work hard, but I could see him fitting in probably at a receiver spot.”

This is what Lewis will be aiming for.

“I wouldn’t mind playing quarterback again, but I don’t know,” Lewis said. “I just feel like receiver is where I need to be in college.”

Eagles pull away from Dukes