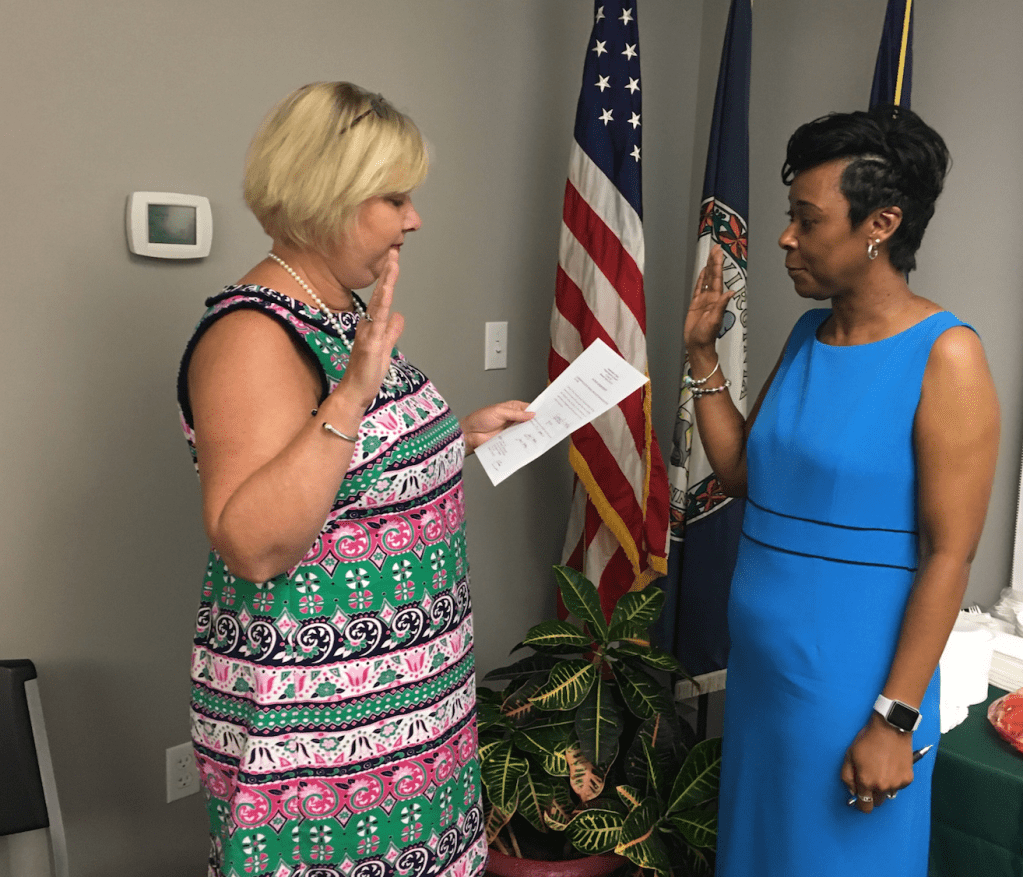 At 6 p.m. Sept. 5, the county held a reception that included representatives from the Buckingham County Board of Supervisors.

“I kind of went around Region 8,” Hicks joked.

Hicks said her first job was at the Virginia Department of Corrections. It was there she became inspired to pursue her career in education.

“I just saw young people, 18, 19-year-olds coming into that environment and I just kept thinking to myself: ‘What is going wrong?” ‘What can I do?’ ‘How can someone make a difference?’” Hicks said. “So I decided to experiment a little bit and go into the education field starting off as a teacher’s aide. And once I got there I just got the love for the students.”

Hicks’ decision to pursue education and administration led her to earn a Doctor of Educational Leadership from Virginia Commonwealth University, an Education Specialist Degree from Cambridge College, a master’s degree in Instruction from Central Michigan University and Bachelor of Science in Organizational Management from Saint Paul’s College.

Hicks, who grew up in Amelia County, said she is excited to work in a community very similar to the one she was raised.

“There’s great people over here in Buckingham,” Hicks said. “I feel like I fit right in.”