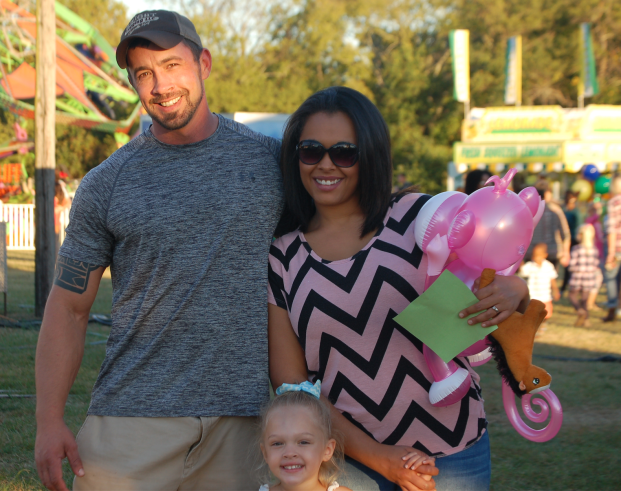 The Five County Fair is up and running, with the midway opening Tuesday. Blink and you’ll miss the fun, food and festivities of the fair, which ends Saturday.

Fair Organizer Auburn Estes said the fair is returning with all of the standard favorites, which include the rides, vendors, beef and dairy cattle shows, shows for sheep, goats, rabbits and poultry, five beauty pageants for people of different ages and various art and baked goods contests.

Also making a return are area organizations that will serve food and fun during the fair, including the Farmville Veterans of Foreign Wars Post 7059 serving food and the Prospect Volunteer Fire Department hosting bingo.

Estes said the opportunity for youth to interact with agriculture animals, and for everyone to be entertained, is not something to be missed.

“The fair is for agriculture education and entertainment for these surrounding communities,” Estes said.

Loveday said Sincere was an opponent to then-wrestler Rocky Maivia, better known today as Dwayne Johnson, in the WWE during its “Monday night raw” program.

Loveday himself is set to be in the wrestling competition Saturday, under the pseudonym “Bruiser Graham.”

Loveday, who owns the group with his father, encouraged wrestling devotees and novices to come out to see a great show.

“We’ve got pretty much something for everyone,” Loveday said.

After tracking the progress of Florence, which turned from a hurricane into a tropical cyclone and resulted in the deaths... read more