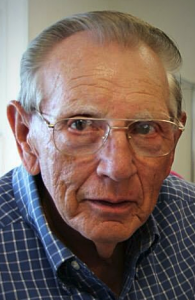 He was preceded in death by his parents Ernest Robert Orange and Bessie Goin Orange and his sisters Gladys Orange Fulcher and Frances Orange Sanchez.

He is survived by his nieces Karen Fulcher, Cassandra Sanchez, and Maria Sanchez Yost, and nephew Brian Sanchez and many dear cousins.

He retired from Stackpole and Carbone Companies. He was a member of the Prospect Volunteer Fire Department for 47 years, many of those on the board of directors as the secretary. He proudly served in the U.S. Army, and was a longstanding member of Glenn Memorial Baptist Church.

A graveside service was held on Sunday, September 2, at 3 p.m. at Olive Branch Cemetery, Prospect, VA followed by a celebration of Willie’s life at Prospect Volunteer Fire Department, Prospect.