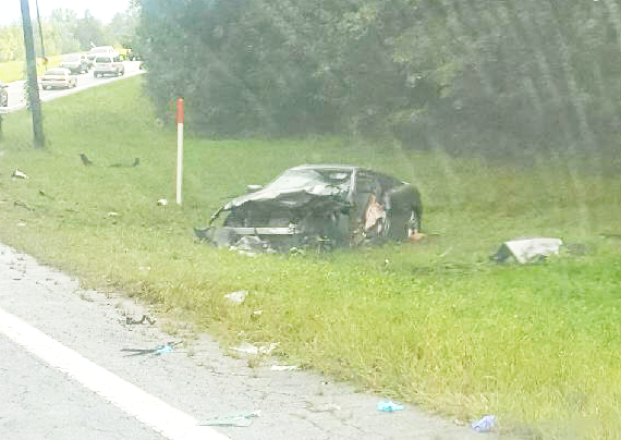 Pictured is one of two of the vehicles affected by a serious accident on U.S. Route 15 in Prince Edward County Monday. (Photo by Hannah Ramsey)

Garrison Hicks, 49, succumbed to injuries sustained in the accident.

“The driver of a 1996 Chevrolet Cavalier lost control of the vehicle and it ran off the right side of Route 15,” Geller said. “The driver over-corrected which caused the Cavalier to come back into the roadway, cross the center line and strike head-on a 2008 Infiniti G375.”

Hicks, Geller said, was transported to Centra Southside Community Hospital. He was not wearing a seat belt, Geller said.

Area stakeholders with great ideas about strengthening the area economy are invited to participate in a workshop Thursday, Sept. 27,... read more