A new monument for our community: An open invitation from Longwood and President Reveley

Amidst so much vitality and progress in our home community, we should all take pride in the growing awareness of the consequential role Farmville and its surrounding areas have played in American history. 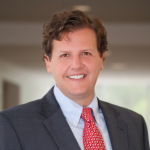 It’s a story that’s gotten wider attention, from history textbooks to the national press. Help in spreading that story has come in many ways — the Vice Presidential Debate, the great work of the Moton Museum, and the collective endeavors of local citizens in sharing Farmville’s story and making it an even better place to visit and live.

We haven’t always celebrated our history, which has seen more than its share of pain and injustice. But there is real poetry that a place so closely associated with the end of the Civil War also played so central a role in the modern Civil Rights movement. And it is remarkable how many people in and around this community, in the face of difficult odds, have been front and center in the fight to expand our nation’s ideals of liberty.

Among them: Patrick Henry, liberty’s great champion in America’s formative era, and the freed slave community of Israel Hill. And perhaps above all Barbara Johns and the Moton strikers, and the generation locked from public education, along with those who paid a price to stand with them like Longwood’s Dr. Gordon Moss.

One year ago at Longwood’s Convocation ceremony, I said I felt it was time we have a monument to those across the centuries in our community who labored and sacrificed to expand liberty. There should be a monument that all our students can be proud of, and that inspires them and other young people. And I announced Longwood would explore building such a monument in conjunction with the new Admissions Building along High Street.

Today, I am pleased to announce that this monument is approaching completion and to invite the public to join us Friday at noon for its unveiling. A classical obelisk, it will be simple but I hope elegant and powerful, and it will be meaningful to many of us that it will stand where Gordon Moss himself once lived. Also, when completed next year, the new Admissions Building will include historical exhibits open to the public, tied to the new monument and further exploring, respecting and honoring our history. We hope this site will become yet another attraction drawing visitors to Farmville. And of course we hope also it will educate prospective Longwood students and their families, calling them to want to be part of this great community too.

Monuments send a powerful message, often less about their subjects than about the time and place they are built. In our choices of whom to honor and how, we make a statement of values that will carry into the far future.

In the decades and centuries ahead, historians will study this divisive era in our country, and our often bitter debates over monuments. But when they examine Farmville, they will know this: In 2018 in the beginning of a new academic year, Longwood and its neighbors gathered to pay homage, with the permanence of a classic memorial, to a range of Americans who held in common a commitment to freedom and fairness, and a willingness to sacrifice to leave the nation better than they found it. It will be a proud moment for this place, and I hope you can join us there.

The benefits keep growing. This month, the Piedmont SWCD has partnered with JB Daniel, Grazing Specialist for the USDA Natural... read more