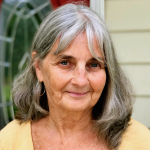 Compressors required for moving gas in pipelines are responsible for a wide range of health impacts, including respiratory, gastrointestinal and endocrine damage and birth defects. Risks from compressor stations also manifests in mental health challenges, particularly in low-income populations without access to services. Emergency response in rural Buckingham is notoriously inadequate.

During a forum last week, Dominion Energy representatives were unable to answer basic questions about evacuation plans for inhabitants located in the high impact blast zone. Although Union Hill’s population and Freedman history is well documented, state officials sit passively as environmental racism and community devastation occurs. Family homes, farms, and the health of a local community are being sacrificed and the response of the state has been silence.

In the case of the Atlantic Coast Pipeline (ACP), anger may be the appropriate emotional response because independent studies and even Federal Energy Regulatory Commissioners have identified the pipeline as unnecessary and redundant infrastructure with high social and ecological costs. The ACP is driven by greed and profit, not need.

In localities facing gas infrastructure, a common tactic by energy firms is to hire predatory community liaisons to sow discord and discredit community organizers. External meddling with the intent to disrupt solidarity, small, close-knit communities such as Union Hill and Woods Corner become devastated by distrust, frustration, and disappointment following conflict among friends, neighbors and families.

The 2018 permit application for the Buckingham compressor station proposes an annual release of 70.9 tons of methane, 43.2 tons of particulate matter, 34.3 tons of nitrogen oxides, and 5.3 tons of hazardous air pollutants as part of the 221 tons of total emissions proposed.

Pipeline developers determine pollution levels that could mean life or death for impacted residents with “cost effectiveness” calculations weighing the cost of the pollution control divided by the amount of pollution reduction. Impacted residents are expendable. Is this how we make decisions that will impact public health and safety?

In Union Hill, where residents face the highest toxic exposure surrounding the compressor station and pipeline, more than 60 percent of households include vulnerable, elderly residents or children. The anti-rural bias of government officials and regulators in Richmond demonstrates utter lack of concern for the well-being of Buckingham residents.

CHAD OBA is with the concerned citizens group Friends of Buckingham and can be reached at chado108@icloud.com.

Your Turn — Let’s take time to reflect on our veterans