Jesus tells the parable of the sower in Matthew 13:1-23. The sower throws out the seed and it goes everywhere. Some gets on that hard pathway and just lies there with no chance to start growing a root, and the birds come along and eat them up. Some falls on the ground that hasn’t been prepared and tilled, still rocky and not much soil. Roots start sprouting, but just shallow ones, and when the sun comes out, they just wither and die. Some get strewn into the area of those bramble bushes and all the other stuff there chokes out the good seed. Finally other seeds land on good and fertile soil. It has been tilled, turned over, rocks have been removed, nothing else there to keep that seed from growing good deep roots, and the natural growth process works, grain sprouts out, hundredfold, sixty, thirty

Jesus explains the parable later to his disciples. This is the way the word works. You spread it everywhere. Some hits hard ground, it doesn’t penetrate at all, and the evil one comes along and devours it. We have those folks out there who pass by churches, don’t even notice them. They hear people talking about God, it doesn’t register. Their radar is set to tune out God-talk, they don’t want to be bothered. The word bounces off the deaf ears. Those seeds are wasted. Some land on shallow soil, in rocky ground. Some people are excited to hear the word with joy, and then when they see how much trouble it is to come to church every Sunday, and they want us to do something, and just as fast, they’re gone. Some land among the thorns. Jesus says those thorns are the cares of the world, the lure of wealth. That sure seems to describe our world out there, doesn’t it? Cares of the world: hunger, sickness, war, famine, hurricanes, death, mortgages, the economy, and the lure of wealth: the lottery, or if only I can just play the stock market right. These are thorns that can choke off that seed. But finally, some seed land in fertile soil, deep, receptive black loam. The seed is not wasted, the word puts down its roots deep within that Christian soul, and we have the true, genuine, humble, serving Christian, sprouting grain new seeds to be sown, thirtyfold, sixty, even one hundred. That could be you.

You just have to spread those seeds, spread that Gospel, everywhere. Someone threw out the seed to get to you. You can do the same for someone else. Spread that seed. Jesus promises some will land on fertile soil, like it did with you, and there will be an abundant harvest.

REV. DALE BROWN is the pastor of Cumberland and Guinea Presbyterian churches. His email address is dalembesq@aol.com. 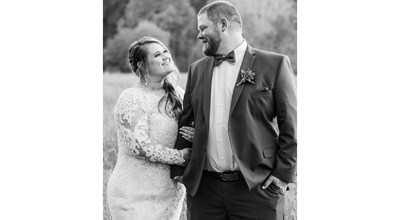