I am writing to respond to Paul Hoffman’s “Musings of a climate-change skeptic.” 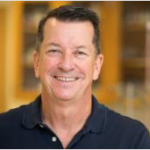 Since Mr. Hoffman offered his credentials, I will do the same. I received my B.S., M.S. and Ph.D. from the School of Engineering and Applied Science at the University of Virginia. After working on a project funded by the Defense Advanced Research Project Agency, I went into teaching and I’ve been teaching physics at Longwood for the last 27 years.

As a scientist I admire Mr. Hoffman’s skepticism, but I have to seriously question his conclusion that “science is wildly inconsistent” and that scientists are often driven by political motives to seek pre-determined outcomes.

Good science is a peer-reviewed and slow process where results that cannot be duplicated by others are discarded. I also wonder about his statement that “the notion that there is consensus about any scientific theory is ludicrous.” In my mind the very idea of a scientific theory is an idea that has been widely accepted and never shown to be wrong.

Sometimes theories are shown to be only a partial answer as when Newton’s ideas on motion were refined by Einstein’s ideas on relativity. I’ve never met a person in my field who didn’t believe that the theory of relativity represents the truth about motion. I wondered how a person with Mr. Hoffman’s beliefs would find himself in a policymaking position and a quick Google search turned up some articles such as Vanity Fair’s 2006 profile of him titled “Who’s Ruining Our Public Parks?” But for now I will just accept that he and I have very different viewpoints on how science works and on how the vast majority of scientists view climate change.

I’d like to respond as briefly as I can to some of Mr. Hoffman’s assertions, some of which I have paraphrased for brevity: CO2 makes up only 6 percent of greenhouse gases and H2O 90 percent. Yes, water contributes to most of our warming and that’s a good thing or life here would never have started. But the amount water vapor doesn’t control temperature, it is controlled by temperature. H2O vaporizes and condenses as air temperatures change.

I assume his statement is meant to imply that the amount of non-condensable greenhouse gases like CO2 is irrelevant, but that is simply not true. There is no “ideal” global temperature and an increase of 2.5 Fahrenheit over 100 years is not significant. I fear Mr. Hoffman does not understand the difference between weather and climate. During the last 15,000 years since the last ice age, the global temperature has changed by 9 degrees Fahrenheit. Those 9 degrees are the difference between walking around in a T-shirt and being under a mile of ice.

Most of the recent increase has been since 1980. CO2 levels in the atmosphere have been much higher in the past. CO2 levels are higher now than they have ever been in the history of mankind. The last time they were this high was in the Miocene Epoch 10 million years ago when sea levels were 100 feet higher than they are now. (see article in Science by Tripati, 2009).

More CO2 is good for plants, and fewer people will die of cold. I think the first statement is true up to a point, but you also need to factor in higher temperatures and drier conditions. I’ll give him the second one. It is cooler now than during the medieval Warming Period.

The report published by the National Academy of Sciences in 2006 asserts that this is not true. But in any case, what is widely viewed as truth today is that the causes of that warming period (solar effects and ocean currents) are definitely not the cause of today’s warming. Sea levels have been declining in recent decades. Not true.

According to a NASA report published in February of this year, not only have sea levels been rising for the last few decades but the rate of increase is accelerating. This was confirmed in an article published by NOAA two months ago. The frequency of severe weather is not increasing. Not true. The frequency of extreme weather has increased over the last 36 years as analyzed and reported this year by the European Academies’ Science Advisory Council.

I would also refer readers to the February 2018 issue of Scientific American. There is no evidence that the acidity of the oceans is increasing. Not true.

When carbon dioxide reacts with seawater, it creates carbonic acid making the ocean more acidic and as the level of CO2 has gone up so has ocean acidity. Readers can find facts on this at NOAA’s site and if they look at the archived EPA site. The facts on ocean acidification were recently removed from the current EPA site. It is unfair and in fact unhealthy to not allow emerging societies to burn as much fossil fuel as they can.

I will agree with Mr. Hoffman that the fact that we have largely created this problem and now want to tell others what to do is a political hot potato. But we are all living on one planet and fossil fuels are not the only way to help people. For example, I have taken students to the Amazon region of Ecuador to install solar lighting in medical clinics there.

By the way, on my last trip there I had the displeasure to see the unlined pits created by Haliburton for Chinese oil companies to hold byproducts of refining in the Amazon. These liquids are leaking into the Amazon and destroying that ecosystem. I might mention that Haliburton was once run by Dick Cheney, Mr. Hoffman’s boss in the 1980s.

Finally, Mr. Hoffman asserts that humanity has bigger problems. I will in fact agree that having unstable leaders around the world in charge of nuclear weapons might be the one problem that supersedes climate change.

I don’t know Mr. Hoffman, but if he has children and grandchildren and wants toleave them a better world, I hope he will give science another look.

DR. CHARLES ROSS is Professor of Physics at Longwood and was Dean of the Cook-Cole College of Arts and Sciences there from 2005- 2014. He and friend Herb Wilcox recently funded an annual $1,000 award for the best Longwood student project having a beneficial effect on our environment. He can be reached at rosscd@longwood.edu.

Friends, colleagues and loved ones celebrated several milestones for Carl U. Eggleston Saturday at the Firemen’s Sports Arena. Eggleston was... read more