Musings of a climate-change skeptic

I must respond to a recent letter to the editor regarding climate change. 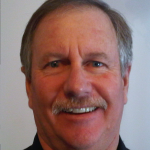 By way of background, I graduated from UC San Diego’s Revelle College with a degree in biology and economics, so I have a science background. Moreover, I have over 30 years of conservation and environmental policy experience at the federal and state levels in the legislative and executive branches. One of the first things you learn as a policymaker is that science informs policy; it does not establish policy.

The reasons are simple. First, science is usually narrowly focused on a specific issue or challenge while policy has broad-based implications and impacts on a much wider spectrum of disciplines including science, economics, sociology and governance. Second, science is wildly inconsistent, and all too often, scientists have become political advocates with pre-determined outcomes driving their scientific processes. In a time when we hear daily about “scientific” studies — mostly statistical correlations with no determination of cause and effect — that suggest conclusions such as “90 percent of women who eat chocolate during pregnancy have happier children,” we should be skeptical.

My point is that “science” is a term that is thrown around flippantly in an attempt to discredit anyone who has the temerity to disagree. More importantly, scientists by nature are skeptical and the notion that there is consensus about any scientific theory is ludicrous. Science is never “done.” Regarding climate change, or more accurately anthropogenic catastrophic global warming, here are some things to consider.

• Yes, CO2 is a greenhouse gas that causes warming and mankind is putting a lot of CO2 into the atmosphere.

• CO2 makes up 6 percent of the greenhouse gases in our atmosphere and H2O (water vapors) makes up 90 percent.

• There is no “ideal” average global temperature and an increase of 2-3 Fahrenheit over 100 years is not significant in a world where on any given day some place is -40 F and another is 120 F.

• Cold is much more dangerous to all life forms and kills more people each year than heat.

• CO2 is plant food — essential to all vegetative growth — and higher CO2 levels have resulted in more plant growth and crop production around the globe.

• Global temperature has been rising since the end of the Little Ice Age (around 1850), but have not reached the temperatures seen during the Medievil Warming Period — when Vikings were growing grapes in Greenland — or those of the Roman Warming Period.

• Sea levels have been rising for centuries, but the rate of sea level rise has declined in recent decades.

• The frequency and severity of droughts, hurricanes, tornadoes and flooding are not increasing, but the 24/7 media cycle makes every event “newsworthy.”

• Suggesting that developing countries go without carbon-based energy in the form of electricity condemns the world’s poor to starvation, food poisoning, diseases and poverty. It is the modern-day equivalent of “Let them eat cake.”

• According to the “climate change experts,” spending (redistributing) a trillion dollars a year on climate change policies will only reduce the increase in global temperature over 100 years by a fraction of a degree.

There are bigger and more important issues facing humanity, and there are ways to address them that will achieve the desired outcomes. Worrying about climate change and whatever, if any, role humans may have in it is tantamount to encountering a grizzly bear and wondering when you last had your teeth cleaned by the dentist.

PAUL HOFFMAN retired as Deputy Assistant Secretary of the Interior and has lived in Elam since 2008. He can be reached at paul@pauldhoffman.com.

As we congratulate the area baseball and softball teams that achieved great success this summer, we need to give a... read more