On August 19, 2018 Jane Tomlinson entered into the eternal presence of her Lord. Born on February 12, 1942 she grew up on her parents’ dairy farm in Blackstone, Va. Jane is predeceased in death by her parents Mylan and Clara Gracey of Blackstone, and two brothers-in-law, Eldridge Sanderson of Cartersville, Va. and Raymond Tomlinson of Brandon, Fl. 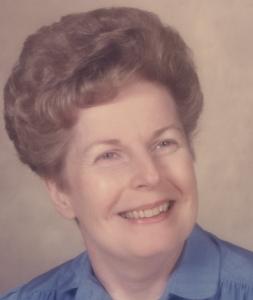 She is survived by her husband of 53 years, William L. Tomlinson, two sisters, Ann Sanderson of Cartersville, and Rebecca Arnason and her husband, Charles, of Blackstone, one sister-in-law, Linda Tomlinson of Brandon, Fl., and three nieces and two nephews, Ann Carol and Ginger Sanderson, Diane, Raymond and Edward Tomlinson.

While in her teens and throughout her college years Jane felt God was calling her to be a pastor’s wife. This calling became reality when she met a young ministerial student and on January 23, 1965 they were married at the Blackstone Baptist Church. During Bill’s college and seminary days they served Ebenezer Baptist in Baskerville, Mt. Vernon Baptist in Ante, and North Henderson Baptist in Henderson, N.C. Following her husband’s graduation from seminary they went on to serve Pine Street Baptist in Richmond, First Baptist in Newport News, Main Street Baptist in Emporia, and concluded the last 20 year of their pastoral ministry at Arlington Baptist Church in Rocky Mount, N.C.

Wherever they served Jane was known for her devotion to the Lord, a tender and kind spirit, and a heart that was filled with love for all. She made her home a haven of joy and peace. She was most happy in the kitchen turning out all sorts of cakes and pies and preparing delicious meals for family and friends. In addition, she considered those times when she was working among her flowers as a special time that she and the Lord shared together.

The family would like to express their deepest gratitude to the administration and staff at The Woodland, in Farmville for their wonderful care for Jane since 2009 and especially during her time on the Grace Unit. Their compassion was evident every day in so many ways. For Bill and Jane, The Woodland has truly met its promised goal of being, “Your community for life.”

Funeral services will be conducted at Concord Baptist Church, 12053 Francisco Rd., Farmville, Va., (for directions see www.shorterfuneralhome.com) on Thursday, August 23, 2018 at 11 a.m. Visitation will be one hour prior to the service at the church. Interment will take place at 3 p.m. at Lakeview Cemetery in Blackstone, Va. In lieu of flowers the family requests that donations be made to “the Building Fund” of Concord Baptist Church, (mail to 6114 Deer Run Rd., Farmville, Va. 23901). Shorter Funeral Home is serving the family.www.shorterfuneralhome.com.