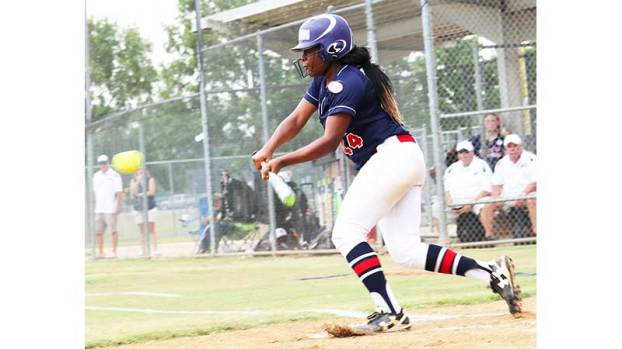 The Prince Edward-Farmville Youth Association (PEFYA) Debs All-Star team represented the state of Virginia over the weekend in Alexandria, Louisiana, as part of the 2018 Dixie Softball Debs World Series, and the girls fought hard but went 0-2 to end their remarkable summer on the diamond.

The World Series event, which is set to wrap up Wednesday, featured 10 all-star teams from around the nation. In addition to Virginia, the teams hailed from Alabama, Florida, Louisiana, Mississippi, North Carolina, South Carolina, Tennessee and Texas. Louisiana was represented by both a state all-star team and the Alexandria host team.

“The first game we were down, and then we fought back, and we took the lead,” Schmidt said. “… We fell right at the end, but they were fighting the whole time.”

Schmidt said he pitched Hannah-Gray Schmidt and Sierra Wharam in that contest. Both played important roles in the team securing its third consecutive state championship earlier in July.

Returning to action Sunday, Virginia faced North Carolina. Manager Schmidt said North Carolina jumped out to an early lead. Meanwhile, Virginia was making contact with the ball, but the contact was either popping the ball up or sending it right to a defender.

North Carolina was able to pull away for an 18-1 win.

The PEFYA All-Stars had a variety of things to adjust to, transitioning from their state tournament experience, which ran July 13-18, to their World Series experience.

First, the team was pressing on without standout Shauneice Beasley, who Schmidt noted had a previous engagement that prevented her from being able to play in Louisiana.

Beasley made crucial contributions to her team’s state run in the circle, at the plate and on the base paths, and Schmidt confirmed she was “a big part” of the team.

The Virginia girls were also having to adapt to a couple of environmental elements, one related to the temperature.

“It was a different heat that you play in than we were used to,” Schmidt said, noting that during one game the temperature was 108 degrees with humidity. “… It was no wind, no nothing. … When we got back in one day, it said 112 degrees.”

The nature of the playing field at Johnny Downs Recreation Complex also provided a significant contrast to what the girls were used to in Virginia.

“Coming here is just a totally different ballgame, because you’re playing on a grass infield,” Schmidt said, adding that the only dirt spots on the field were between the bases.

He said he was not sure if the grass in the outfield was turf or not, but it was wavy and made fielding the ball difficult.

All of this simply added to the major challenge the Virginia girls were already facing in the form of their actual opponents.

At the World Series, compared to the state or district levels, “there is better competition,” Schmidt said.

He indicated that while the pitching of South Carolina and North Carolina was not that much different from what other Virginia teams were capable of, they had defenders that were outstanding.

“The two teams that we faced, both teams had outfielders that were just lightning quick,” he said. “They could get to anything.”

With Dixie Softball expanding the age range for Debs, Schmidt said it has allowed more college players to participate. He added that North Carolina had four, and South Carlina had three.

Reflecting on his 2018 Debs squad, Schmidt said, “They’re a bunch of fighters. They don’t give up. In the state tournament, we lost the one game, and then they came back, and they fought it all the way through.”

A model of talent and character