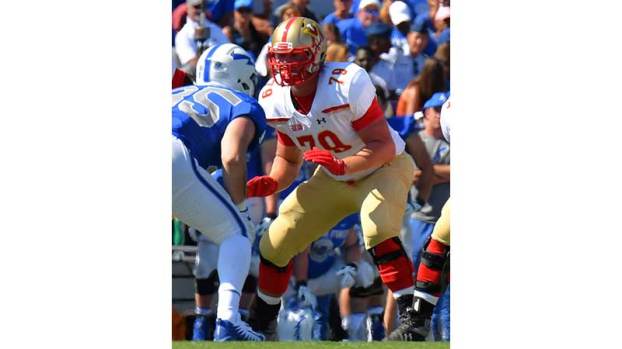 Virginia Military Institute (VMI) offensive lineman Brad Davis, pictured above, was recently named to the 2018 Preseason All-Southern Conference (SoCon) Second Team. A VMI press release noted that the former Fuqua School standout was named one of the most improved players on offense in spring practice and has added 40-plus pounds while emerging as a projected starter on the offensive line. Now a sophomore, he lettered as a true freshman last season and participated in six games as a reserve, the release stated.