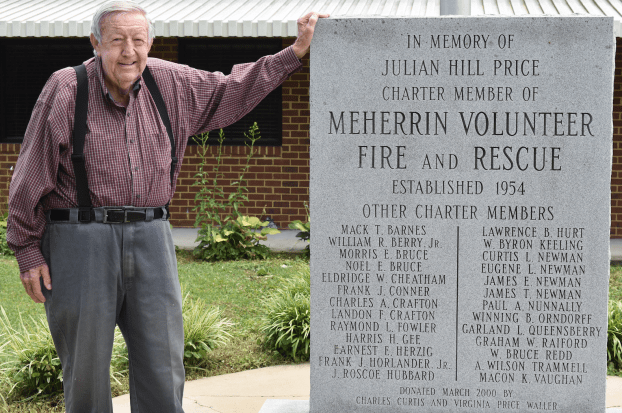 Charles Crafton, 80, recently returned to Meherrin from Duluth, Georgia, to celebrate the Fourth of July at the fire and rescue station he helped found.

Crafton was one of 28 founding members of the Meherrin Fire & Rescue, and he was only a teenager during that time.

He remembers the multiple fundraisers, stews and dances those involved with the fire station hosted in order to raise money for the building that currently serves as the location for the fire station, and for additional equipment.

“It was the only way to get money for equipment,” Crafton said.

The Meherrin fire station was built due to the closest fire departments being in Farmville, Charlotte County and the Town of Victoria. Crafton said when the fire department first began, members only had a 1937 Ford truck to use when responding to emergencies.

Crafton left Virginia in 1965 for Georgia. He has two sons and five grandchildren who live in North Carolina and Tennessee.

A motion to intervene for the mother of an inmate who died at Piedmont Regional Jail (PRJ) following an assault... read more