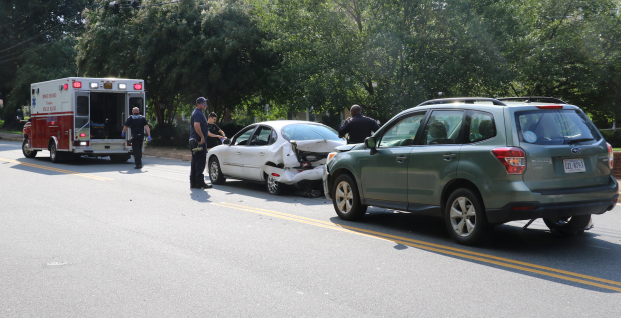 An accident near the 600 block of High Street Monday afternoon resulted in two being transported to the hospital with non life-threatening injuries, police reported.

“The two subjects transported to the hospital were transported based on complaints of minor, non-life threatening injuries,” Lieutenant R.E. Ragland with Farmville Police Department cited.

“Both subjects were occupants of a motor vehicle which was struck from behind by another vehicle as they were waiting to turn onto Watkins Street.” Ragland said.

“The driver of the vehicle that struck them was charged with following too closely,” Ragland said.

When asked the names of the two subjects transported or the driver charged, Ragland said the names were not available at this time.