A man being brutally beaten in the parking lot of the Town Motel on West Third Street led to an arrest after an investigation by Farmville Police Department. 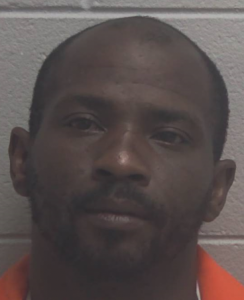 The department arrested a man Monday in connection with an investigation of an assault early Sunday morning.

“Police responded to 1708 W. Third Street shortly after 1:30 a.m. to investigate a call for service reported to be a victim of an apparent assault that was not breathing,” a release from the department cited. “Officers discovered the body of Terry Edward Hearld, 62, of Farmville, lying on his side in the parking lot, brutally beaten. Hearld was transported to Centra Southside Hospital where he was then airlifted to MCV Hospital in Richmond with life threatening injuries.”

Hearld remains in critical condition as of Tuesday, police said.

Detectives investigating the incident identified one adult male and two juveniles as suspects in the case.

“Mitchell has been charged with maliciously cause bodily injury to Terry Hearld with the intent to maim, disfigure, disable or kill,” the release cited. “Mitchell was remanded to Piedmont Regional Jail without bond.”

Additional charges are anticipated at a later date.

Detectives will continue their investigation into the assault.

Anyone with information is encouraged to contact the Farmville Police Department at (434) 392-9259.