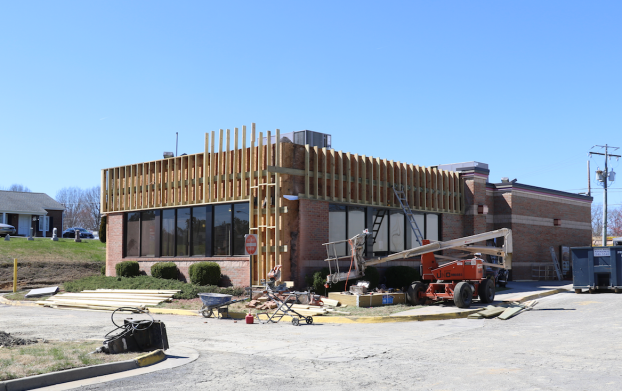 Wendy’s is closed until April 2 for renovations. (Photo by Titus Mohler)

BY MORGAN WHITE AND TITUS MOHLER 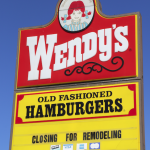 The Wendy’s restaurant at 1809 S Main St. in Farmville, will be closed until April 2 for remodeling. According to Benjamin Dunn, a general contractor with B & L Construction, Inc., the remodeling will include the exterior facade, new signage and almost a whole new parking lot.

“Dining room and restroom — redoing all of that, flooring, ceiling, wallpaper, stuff like that,” Dunn said. “A little bit in the kitchen — that’s not much in the kitchen, though, just changing out a grill. But most of it is from bathrooms and dining room forward.”

KFC began undergoing renovations prior to the holiday season in December to focus on revitalizing both the outside of the building and the lobby. The lobby now includes photos of Colonel Sanders, founder of KFC, showcasing his travels around the world and encounters with other celebrities. The inside of the restaurant will also has what is called a “signature bucket chandelier,” which is in the center of the dining area and is meant to resemble the buckets that KFC chicken is served in.

A documentary team from HBO paid a visit last Thursday to the Moton Museum. Crew members spoke with a few... read more