Board to discuss special election 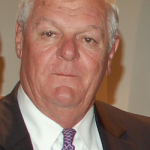 “If you have noticed, Mr. Simpson’s seat is vacant tonight, and I’m sad to announce that he just passed away,” said Cooper-Jones.

The board discussed that night the possibility of combining the petitions for both the special election that will be held for the Prince Edward County Circuit Court clerk position, as Machelle J. Eppes will retire April 1, and the Farmville District 101 supervisor position.

“By statute, her chief deputy will be appointed to serve as clerk on the interim basis,” Ennis said. “The board, of course, (will have) to ask for a special election to fill that vacancy. In order for that to occur, the board needs, number one, to accept the resignation of Ms. Eppes, secondly, to file a petition with the circuit court of Prince Edward County requesting that a special election be held and determine the date that you would request the circuit court to set that election.”

The board will discuss the date of the special election for the board vacancy Wednesday.

A graduate of Prince Edward County High School has launched a clothing company with the intent to celebrate creativity and... read more