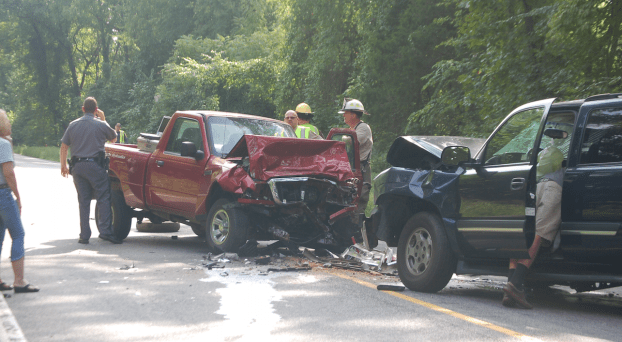 The Heart of Virginia saw a decrease in the number of accidents for 2017 compared to 2016 (Emily Hollingsworth).

The Heart of Virginia saw approximately 658 traffic accidents in 2017 compared to a total of 741 accidents in 2016, according to traffic crash data provided by the Traffic Records Electronic Data System (TREDS), a database compiled by the Virginia Department of Motor Vehicles (DMV).

Most accidents in Buckingham occurred on James Anderson Highway, with a total of 60, while Constitution Route saw 33 accidents.

According to a previous interview with DMV spokeswoman Brandy Brubaker, the Crash Locations Map’s state of current information is dependent on law enforcement agencies from across the state.

“We get our information from law enforcement departments all over the state, so when we get the report from them, it’s entered into our system,” Brubaker said. “… Sometimes there’s a lag behind for some of the reports, though, because maybe an officer is still investigating or hasn’t come back on duty to complete the report and that, in that case, we like to say that 2017 statistics are preliminary until we close out the year.“

Brubaker said the DMV has given the public access to the Traffic Records Electronic Data System since Aug. 2011.

“DMV is Virginia’s repository for Virginia crash reports, and I don’t think a lot of people realize that,” Brubaker said. “Like I said, all the departments from the state send their crash reports to us. …”

The Crash Locations Map can be accessed at: www.treds.virginia.gov/ Mapping/Map/CrashesByJurisdiction.

The Heartland Industrial Park in Charlotte County and members of the Heartland Regional Industrial Facility Authority responded to concerns from... read more