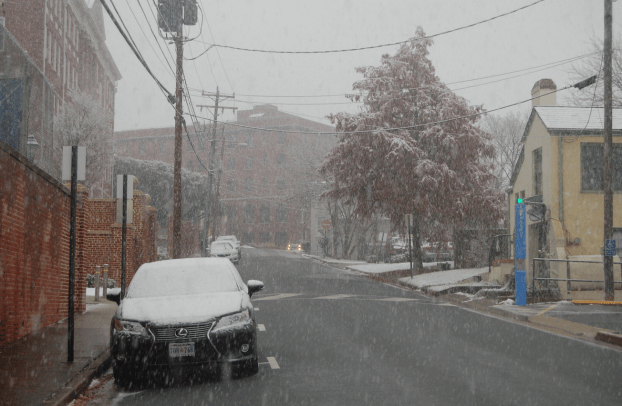 Residents throughout the Heart of Virginia endured power outages due to Winter Storm Benji over the weekend (photo by Morgan White).

Residents throughout the Heart of Virginia are recuperating from power outages over the weekend caused by Winter Storm Benji.

On Sunday at 10:55 a.m., Southside Electric Cooperative (SEC) was reporting that 696 customers were without power in Prince Edward County, 346 in Cumberland County and five in Buckingham County.

“We are working to resolve all outages as quickly and effectively as possible,” SEC officials stated on the organization’s Web Outage Viewer.

Dominion Energy was reporting on its website as of 10:45 a.m. Sunday that 294 customers were without power in Prince Edward, 177 in Cumberland and 96 in Buckingham.

“Dominion Energy crews continue to restore power as quickly and safely as possible to customers affected by inclement weather that impacted our service territory on Friday, Dec. 8,” officials said in a release on Dominion’s website.

By Tuesday all homes in Prince Edward, Buckingham and Cumberland counties had power restored. Approximately 30 separate people dealing with power outages responded to a post on The Herald’s Facebook page asking how they were affected.

“Trying to stay warm, it’s 55 (degrees) inside my house, no water due to pump to well having no power, no way to cook food,” said Benjamin Doss, of Rice. “Worst of all I have a child with Autism spectrum disorder that has no power to her devices to keep her calm. Did I mention I hate snow?”

“What I don’t get are the two second outages that cause me to run around the house for the next 10 minutes resetting clocks and devices,” Flanagan said.

“Electric is out, no heat, no water, no way to cook food, and the generator caught on fire,” said Stephanie Jones, of Farmville. “Sums up how our day is going.”

A clinic that recently opened on West Third Street aims to provide care to families and children who most need... read more