Kristie Helmick Proctor, a 2004 graduate of Longwood University, has been appointed the executive director of the Center for Rural Virginia. 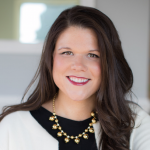 The center, according to its website, “is a collaborative partnership of the Center for Rural Virginia and the Council for Rural Virginia, which work together on a joint mission to work with policymakers and stakeholders to create innovative solutions and expand entrepreneurial opportunities to ensure economic prosperity for all regions in the Commonwealth.”

The center was created out of a recommendation from the Rural Prosperity Commission, which was an organization formed by the General Assembly in 2000, according to the website.

A release announcing Proctor’s appointment cited that Proctor had recently worked at the National Federation of Independent Business (NFIB), “where she managed a staff that implements and oversees grassroots activities in 17 different states.”

Proctor, in the executive director position for the center, will work with state lawmakers to highlight issues relating to southern Virginia and rural areas. She said she was drawn to the position because she had grown up in Hanover, a rural area in the commonwealth.

“As someone who grew up in rural Virginia, I think that it’s important that the center educate our lawmakers here in Richmond and throughout the state while they are here during session … about what makes rural Virginia so very special,” Proctor said, who noted that she and her husband had bought a farm about a mile from the farm that she grew up on. “We want our rural communities to be strong and continue being the important part of what makes Virginia a great place to work, live and raise a family.”

Proctor, in the class of 2004, received a bachelor’s degree in sociology with minors in political science and women’s studies from Longwood University.

She said her experience both at Longwood, when it was Longwood College and the Town of Farmville were formative to her.

“Longwood was some of the best four years of my life,” Proctor said. “The staff there is phenomenal. It’s really a very special experience because it’s small enough where you feel that sense of community, but it’s large enough where you have that diversity and opportunities that would exist at some of our larger colleges. So I think you get the best of both worlds.”

“My husband and I try to sneak down to Farmville a couple times a year,” Proctor said. “I love it there so much. It’s just such a special community. It’s grown up a lot since 2004 when I graduated.”

Proctor noted that several issues and potential legislature relating to the Heart of Virginia are making their way to the General Assembly, including increasing access to internet and phone service.

“I think almost anyone you talk to in rural Virginia, this tends to come up as a priority topic,” Proctor said. “Whether you’re a business owner, or a resident, that’s something that is always a piece of that conversation.”

Proctor also cited creating workforce development and finding ways to draw members of the younger population as issues prevalent in the Heart of Virginia.

“Small business is the backbone of America, and they’re prevalent in rural Virginia,” Proctor said about working to gain more action for small business in Southside Virginia. “So highlighting those opportunities that exist.”

For those who want to bring change to the state, Proctor encouraged people to contact their state representatives or legislators.

“Contacting your legislator on those issues that you feel are important,” Proctor said. “That’s always imperative. If there is an issue coming up at the legislature and whatever your position may be on it, make sure your legislator knows.”

“That’s why they’re elected. They’re there to represent the people,” Proctor said.

The Farmville Area Chamber of Commerce’s New Year’s Eve Eve Event, set for Saturday, is sold out, but those who... read more