State Sen. Mark Peake, R-Lynchburg, is seeking to put forth legislation based off of talks he had with residents of Prince Edward County. 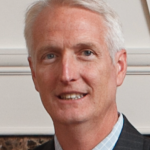 “One that has been brought about by my meeting with Prince Edward School Board people is one to make it easier to get vocational, technical education teachers,” Peake said.

He said that the division was having problems with “some of the accrediting requirements from the state, and so we’re trying to make it easier to get those type of vocational teachers, people with trade experience to work in the schools.”

The Virginia Board of Education approved revisions to standards schools must meet for state accreditation and requirements students must meet to earn a high school diploma Nov. 16.

“For students, the revised regulations reduce the number of Standards of Learning (SOL) tests they need to pass to earn a diploma,” officials said in the release. “The new standards also implement the ‘Profile of a Virginia Graduate,’ a set of expectations that includes increased emphasis on developing critical thinking, creative thinking, communication, collaboration and citizenship skills, in addition to academic achievement in English, mathematics, science and history.”

According to the release, the new diploma requirements would take effect with students entering the ninth grade next fall. Course requirements for both the Advanced Studies Diploma and the Standard Diploma would remain the same, but the number of required verified credits would be reduced to five — one each in English reading, English writing, mathematics, science and history/ social science. In addition, schools would be required to provide opportunities for students to learn about career options aligned with their interests in their own communities and elsewhere.

“So if you’re under 21 and you get charged possession with alcohol, there’s a first offender status, and so it’s taken under advisement, and if you’re of good behavior, it’s dismissed at the end of the year,” Peake said.

He said the legislation would make it easier to expunge those charges once the offender becomes 21 years old.

“So if they have one offense, they do the first (offense), then they have no other offenses, then become legal, they’ll never violate that crime again, so we want to make it easier to have that expunged from their record,” Peake said.

He said he’s also looking to update the U.S. Route 60 corridor report that was done by the Virginia Department of Transportation. He was asked to do so by the Cumberland County Board of Supervisors.

Provided that the governing bodies of all member counties give their approval, the Commonwealth Regional Council (CRC) will raise annual... read more