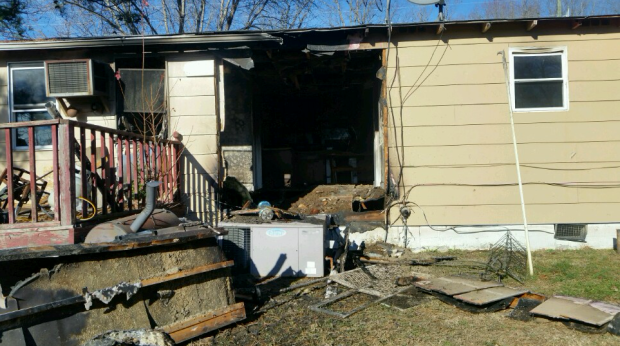 A family has been displaced after a fire destroyed its home located at 3459 New Bethel Road in Meherrin.

A mother and her two children were displaced after a fire destroyed their home, located at 3459 New Bethel Road in Meherrin, around noon Monday.

According to Phillip Lyle, the father of the house’s owner, Shakeyia Lyle, a dog was killed in the fire, but no one was physically harmed otherwise.

“Fire departments from Meherrin, Farmville and Keysville, all of them responded in 15-20 minutes,” Phillip said.

He said those which responded were on scene for approximately three hours.

Phillip said those looking to donate to the family could do so by going to Woodforest Bank and asking to deposit in an account set up for Shakeyia and Phillip Lyle. He said if anyone was looking to donate clothes or other goods, they could contact him at (434) 390-5520.