In my father’s time 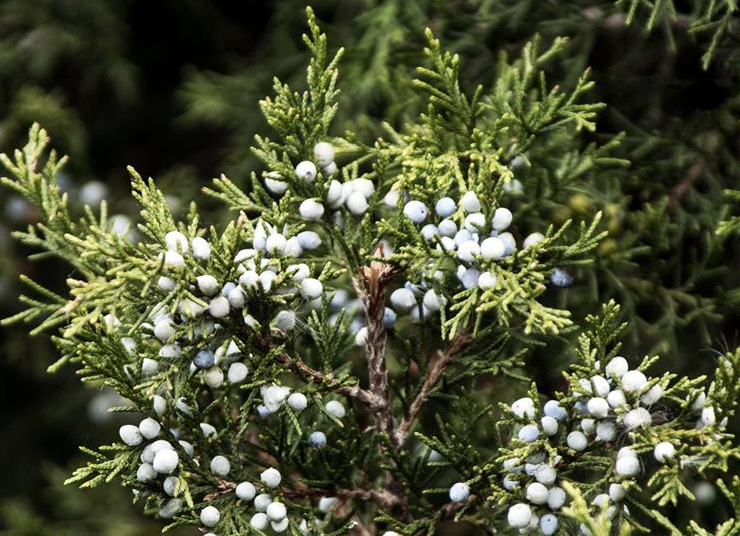 The eastern red cedar has dense growth and is very fragrant; it lasts for several weeks when used as a Christmas tree.

There is renewed interest in using natural, native materials for holiday decorations. It’s part of the nativist movement that’s so prevalent in gardening. Think fresh, locally grown trees; native greenery for wreaths, arrangements and swags; and found materials for tabletop decorations. As many of you may suspect, this trend isn’t new. It’s just a return to basics.

You see, that first Christmas tree was an Eastern Red Cedar, Juniperus virginiana, but my father quickly began to champion the Virginia pine, Pinus virginiana. Both trees are natives that are readily found on farms and partially cleared lots. The cedar, in particular, is plentiful in pastures and along fencerows. Most farmers back in the day were more than happy to get rid of a few. The Virginia pine is a medium size tree with interesting twisted needles that occur in pairs. Both trees are fragrant and last several weeks. From my dad’s point of view, however, the cedar was hard to decorate; all the ornaments and lights had to be placed on the exterior of the tree, resulting in a one-dimensional appearance. NOTE: according to the National Christmas Tree Association, the Virginia pine is the most popular Christmas tree in the South.

Along with the Christmas tree, my dad quickly adopted wreath making and seasonal tabletop arrangements. He and my mom would spend hours making wreaths from magnolia, pine and holly. One year they trimmed pinecones into flower shapes and wired bunches of acorns and pecans together for a brown on brown wreath that stayed on the front door until early spring. Native holly was used extensively since there were several huge trees in our yard.

The holly was much loved by both my dad and the birds and there was an ongoing competition for berries. Some years the birds won and there were no berries left on the branches we cut for decorations. Some years the humans won. Although many neighbors used running cedar in their seasonal decorations, my family didn’t because it wasn’t as plentiful as it had been, and my dad was concerned about preserving the few colonies that were left.

Decorating began in earnest around Dec. 18 when my dad and I would tramp into the woods to find the perfect tree, which we would cut and drag back to the house where we trimmed errant branches and stood it in a pail of water to condition it. Decorating began the next day when my dad put the lights on the tree. No one else was allowed to do this job because he was seriously picky about placement. We all, however, participated in the final decoration of the tree. There were boxes and boxes of ornaments and stories to be told about each ornament, some of which were quite old and battered. Not surprisingly, my dad’s favorite ornaments were the ones that had been used on his very first tree.

While my dad concentrated on the tree and helped with the wreaths, the tabletop arrangements were my mom’s responsibility. She didn’t like wandering in the woods, but she was willing to scout nearby While my mom didn’t like to wander around in the woods and refused to take part in the search for the perfect Christmas tree, she was willing to skirt the edges of fields for milkweed seed pods, dried Queen Anne’s lace flowers, broom straw and other treasures that she could add to her basic arrangements of magnolia and pine. You never knew what she might decide to incorporate into an arrangement.

Back in the day, we didn’t know we were being good citizens by using local resources; we just used what was available and loved to create magic out of odd bits and pieces. It was part of the spirit of the holiday for us.

So enjoy your holidays and decorate with our beautiful native plants whenever possible. Be creative, but take a moment to enjoy the wonders of Mother Nature’s Garden. Happy holidays to all.

CYNTHIA WOOD is a master gardener who writes two columns for The Herald. Her email address is cynthia.crewe 23930@gmail.com.

Pokeweed is an amazing plant