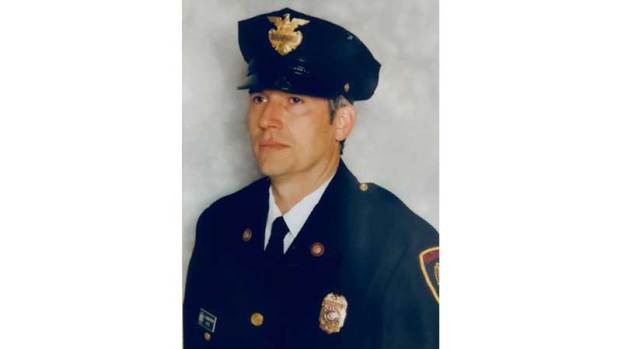 Lawrence Huddleston stands in uniform during this photo, taken in 1995.

Lawrence Huddleston, 60, was remembered as dedicated, good-natured and giving to members of the community.

Huddleston was a former fire chief with the Farmville Volunteer Fire Department, an active member of New Life Church and a lifelong resident of Farmville.

Those who worked with and knew Huddleston said his impact on their lives was enormous. Huddleston died Dec. 7.

According to his obituary, Huddleston was born Feb. 8, 1957 and worked his first job on his grandfather’s dairy farm at age 12.

At 16, Huddleston pursued mechanics, and his obituary cited a love of automobiles and motorcycles, even taking Janice Huddleston, his wife, on his motorcycle.

“He was an avid fisherman, hunter and motorcyclist and loved taking trips with Janice and friends on his Harley-Davidson,” the obituary cited.

Huddleston became ill later in life and struggled with pulmonary fibrosis. His caring and serving personality came through, the obituary cited, through his active involvement at New Life Church, in Farmville, where he served as a commander for the Royal Rangers youth group.

“A man of many diverse talents, he was always there to help others with projects ranging from home building and repairs to car repairs,” his obituary cited. “Lawrence valued and nurtured his family and many friendships and leaves behind countless friends and acquaintances in addition to family who will miss his broad smile and good nature.”

Farmville Fire Chief Dean Farmer said Huddleston joined the department in March 1982. Huddleston was 25 when he first joined. Farmer noted that Huddleston had served in every position within the department, including Lieutenant, Captain and, between the years of 1994-1998, Chief.

“Through his time here, he was dedicated to serving the department and the citizens of the Town of Farmville and Prince Edward County,” Farmer said.

Farmer said Huddleston received lifetime membership in the department and attended meetings and department functions many years after his retirement.

“Due to health reasons, he was not able to participate in later years,” Farmer said, “but always displayed his love of the department and (offered) support in any way possible.”

Farmer said he had known Huddleston through those meetings and gatherings and said Huddleston’s presence was unforgettable.

“Lawrence was always full of life … and had a contagious laugh,” Farmer said. “He was an outstanding firefighter, and he really cared about the community and everybody he came in contact with.”