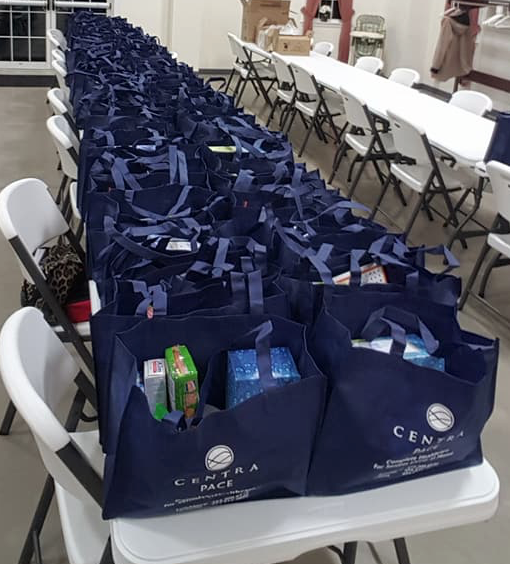 Fitzgerald Memorial Baptist Church on 14 Fitzgerald Road in Cumberland “is more than your Sunday morning place of worship — it is your partner in the Cumberland community,” church officials said in a release about the programs the church offers through the holiday season.

The Women on Missions (WOM) group partnered with the Cumberland Christmas Mother program and packaged nearly 100 gift bags for senior adults in the area to receive during the Christmas season, officials cited.

Additionally, the release cited a $500 donation made on behalf of the church to the Cumberland Christmas Mother program to assist with providing additional Christmas gifts for children and youth.

Over the course of two months nearly $1,000 in school supplies were collected and delivered to Cumberland County Public schools, the release cited.

The church family elected to donate food items collected during the Community Thanksgiving Service held at Fitzgerald to the Cumberland Department of Social services to assist with any community needs, officials said in the release.

“However, Fitzgerald is more than just making financial contributions to programs and groups and more than just collecting supplies and provisions for agencies and individuals,” the release cited. “It is also a community partner and makes efforts to be a source of hope and support in the Cumberland area.”

Fitzgerald Memorial has partnered with the Cumberland County Public Schools and the Cumberland County Sheriff’s Department in a program where members of the church act as ‘prayer partners’ in providing prayer and ministry to those employed in these “respected and needed areas,” the release cited.

“Whether it’s giving out candy at a Halloween Community Festival or Christmas Parade, acting as prayer partners for our community agencies, giving financially when possible, supporting community programs and initiatives or simply having the doors open to the community on Sunday mornings, Fitzgerald Memorial Baptist Church is your one stop for worship, fellowship and community involvement,” the release cited.

Timma dishes out the paper

If 11-year-old Eli Timma were an animal, he would choose to be, “some type of eagle,” mainly because they can... read more