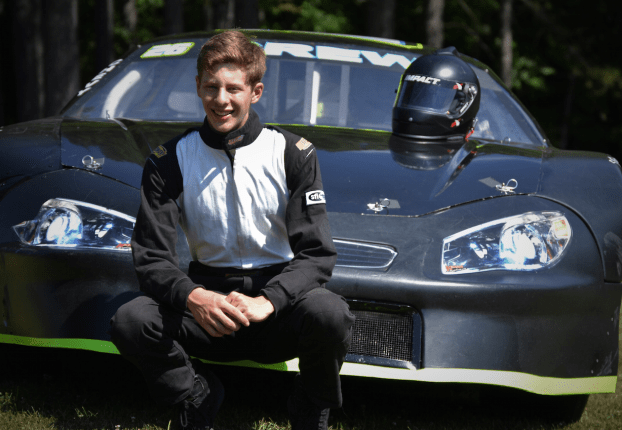 Seventeen-year-old race car driver John R. Crews III, of Buckingham, was presented with the third-place point’s championship trophy in the Late Model Division during a Nov. 18 awards banquet held at the conclusion of the 2017 racing season at Virginia’s Shenandoah Speedway. Previously a go-kart and dirt track racer, Crews just completed his first year racing on asphalt. He was also this year’s highest point-scoring rookie in the Late Model Division. When scheduling permitted, Crews raced at Southside Speedway, in Midlothian. He finished eighth in the Championship Point’s Standing in the Late Model Division at that track. This is an impressive accomplishment for a rookie with absolutely no sponsorship help and only one crew member. A senior at Buckingham County High School, Crews is seeking sponsors so he can progress through the Late Model Series and take the next step into the NASCAR Whelen Series.

Emily Gormus may not be outspoken, but her actions do the talking for her on the volleyball court, the softball... read more