Exiting appointed Prince Edward County School Board members who did not run in the first-ever school board election in November said their goodbyes during the Dec. 6 meeting and noted the devotion and hard work of the staff in the division going forward. 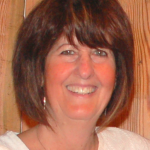 “I just want to thank you a lot for letting me be on the board. It’s been interesting and informative, and I wish you all good luck,” Chaffin said at the Dec. 6 meeting.

Thomas thanked the Prince Edward County Board of Supervisors for his appointment.

“I’ve gotten a lot out of it, and I hope I gave a lot to it,” Thomas said. “It’s bittersweet moving on, but it’s necessary evil because I did not run. I’ve enjoyed my time, and I expect great things from this school system considering the work that this board has put in and programs we’ve set forth; they should be bearing our fruits hopefully shorter than further away. It’s like novocaine — you’ve got to give it a chance to work. So I appreciate the opportunity.”

Chairman Sherry Honeycutt thanked central staff and others from the division for the work they’ve put in during her tenure.

“I think our principals, our administrators that we have in place — I feel like, I’ve been doing this for over 20 years on and off as chairman, and I think that when I’m personally leaving, I think that I feel I’m leaving with the best team of administrators that has ever been in this school system,” Honeycutt said. “I feel like everything’s right. I just feel good, and under your leadership and the leadership that we’ve left under the board, I think, just like Darin said, I think we’re going to bust open, and look out Farmville, Prince Edward, because great things are going to happen.”

Townsend, the director of education and public programs at the Robert Russa Moton Museum, previously said that if elected, he hopes to assess what already is happening in the county and continue all the good things that are happening already.