Hampden-Sydney College’s (H-SC) football team did not achieve the ending to the season that it was hoping for Saturday, but the Tigers (6-4) nevertheless enter the offseason as a much-improved team with significantly better morale than in 2016. 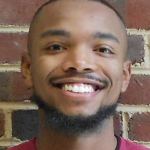 They concluded the year with a 56-28 loss to host Randolph-Macon College over the weekend in the 122nd meeting of the Oldest Small-School Rivalry in the South, also known simply as “The Game.”

The game was tied 21-21 at halftime, but the Yellow Jackets outscored the Tigers 21-7 in the third quarter and 14-0 in the fourth.

“We didn’t play well defensively, and that was a surprise,” Hampden-Sydney Head Coach Marty Favret said. “We thought we could hold them in check.”

“Second half, (we) really didn’t come out to play,” Favret said. “They scored on, I think, three straight drives, and we couldn’t hold up offensively, even though Cam Johnson had a phenomenal game and a phenomenal season. He ended up leading the nation in receiving, and (I’m) real proud with how he came out in his last game.”

“Carter Cunningham, a local kid from Fuqua, had probably his best game of his career,” Favret said.

Cunningham, a senior wideout, had 11 catches for 112 yards and a touchdown, and he led the team with nine carries for 42 yards.

Finishing the season tied for second in the Old Dominion Athletic Conference (ODAC) were Hampden-Sydney and Randolph-Macon, each holding conference records of 4-2. Washington and Lee University (8-2) won the ODAC with a 5-1 record.

Favret was pleased to see the growth in his team from its 3-7 campaign in 2016.

“We did make some strides this year,” he said. “I had a great group of kids. They gave it all they got. The morale in the program is infinitely better than it was this time last year, so we’re moving in the right direction, and it was a fun group to work with and hopefully better times ahead.”