The Grand Lodge of Virginia, on Saturday, Nov. 11, during its 239th Annual Communication, elected Gary Wallace Taylor, of Wytheville, Virginia, to serve as its 173rd Grand Master during 2017 – 2018. 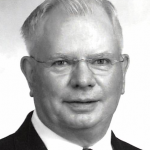 Gary Wallace Taylor was born in Norfolk, Virginia on July 17, 1945, the youngest of three children of Armand Milton and Evelyn Taylor, Sr. He graduated from Granby High School in 1965. He is a graduate of Bluefield College with a Bachelor’s Degree in Management of Human Resources and obtained a Post Baccalaureate Certificate in Criminal Justice from Virginia Commonwealth University. He attended a one-year program at the Northwestern University Traffic Institute on Police Administration. He worked as an Installer Repairman with the C&P Telephone Company in Norfolk before beginning his career in 1966 with the Virginia state Police, where he was involved with the State Police Academy in Richmond, Area 19 of the 3rd Division, Area 64 of the Safety Division, Headquarters of the 2nd Division, and Headquarters of the 4th Division before retiring as a Field Lieutenant with thirty-seven years of service. He is a veteran of the Army National Guard.

His Masonic history began in King Solomon’s Lodge No. 194 on March 1, 1977. He affiliated with Wytheville Fraternal Lodge No. 82 on Oct. 2, 1989, where he is a Life Member in Perpetuity and served as its Worshipful Master in 2007 and 2010 and is currently the Treasurer. His Masonic services since that day have been extensive, as have been his community services.

During the tenure of Gary Wallace Taylor, his emphasis will be “Freemasonry, A Tower Of Strength.”

That which troubles us…

From time to time readers contact me with grammar questions. Today’s column is dedicated to answering some of those letters.... read more