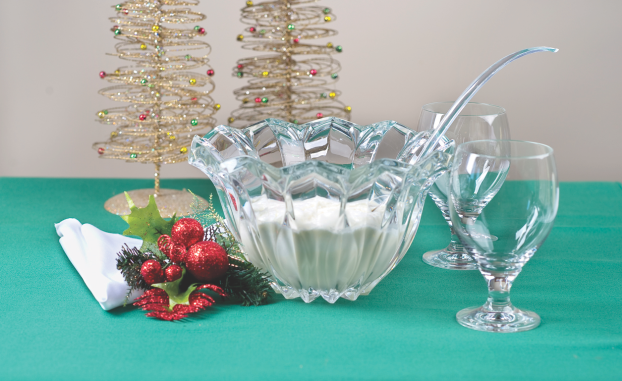 Wassail is an ancient spirited beverage that was brought house-to-house with the goal of spreading Christmas cheer.

Christmas celebrants participate in many different traditions year after year, but some may not fully understand the meaning behind such activities. A Christian holiday, Christmas did not originate with all activities centralized to the church. In fact, many of the traditions people hold dear have pagan roots, which were adapted as Christmas celebrations evolved.

People who hang mistletoe in doorways may be surprised to learn that this tradition dates back to the ancient Druids. The Druids believed mistletoe possessed mystical powers that brought good luck to the household and warded off evil spirits.

Evergreen trees are now associated with Christmas trees, but evergreen boughs were once used to decorate homes during the winter solstice to help people envision the spring to come. Christians often look at evergreen trees as a sign of everlasting life and their relationship with God.

However, while many Christmas traditions continue to be an integral part of annual celebrations, there are some customs that have fallen out of favor. Although these traditions may no longer be widely practiced, anyone can revive them and make them part of their holiday celebrations.

Wassailing is a custom that has ancient origins and is not as popular today as it once was. “Wassail” comes from the Ango-Saxon phrase “waes hael,” which means, “good health.” Wassail is a drink made of mulled ale, spices and other ingredients. To go wassailing meant to travel door-to-door singing and offering a drink from a wassail bowl in exchange for gifts. Wassailing has been mentioned in certain Christmas carols, including “We Wish You a Merry Christmas.”

Largely an English tradition, wassailing was brought to America by British settlers. January 17th, the old Twelfth Night, is the traditional date for wassailing. Although wassailing has largely fallen by the wayside, increased interest in ales and craft brewing may help revitalize this Christmas tradition, which can inspire community spirit.

Gifting with fruit cake is another tradition that has been much maligned and does not enjoy the same popularity that it once did. Fruit cake is a cake made with chopped candied fruit, nuts and spices and is occasionally soaked in spirits. Fruit cakes have been enjoyed all over the world, but Americans may never have embraced the Christmas fruit cake tradition as much as those from other countries. However, with the right recipe and an open mind, it may be possible to resurrect the fruit cake tradition once again.

Mummers plays are another British tradition that arrived in North America with settlers but has largely fallen by the wayside. Mummers plays involved miming folk dramas, and the plays were commonplace around the holiday season. Celebrants may want to research such dramas and include them in this year’s festivities to liven up celebrations even more.

Traditions passed on through the years help make Christmas a favorite time of celebration. People may want to explore the less popular traditions today and once again make them interesting parts of this year’s festivities.

The ODC Modelers announced that they would be open for extended hours during the holiday season. “For four big weekends... read more