PRJ board votes on loans

Members of the Piedmont Regional Jail (PRJ) Authority voted to approve a short-term and long-term loan for a 5,210-square-foot one-story intake facility at the jail that is set to begin construction in December. 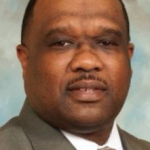 The voted 15-year bond from Pinnacle Public Finance totals $3.6 million with a 3.01 percent interest rate for 15 years. For the short-term Grant Anticipation Note (GAN), among four banks considered, Citizens Bank & Trust provided the lowest interest rate of 1.90 percent. The annual debt service, split into one-sixth of the total to reflect the payments made by each locality — Prince Edward, Buckingham, Cumberland, Nottoway, Lunenburg and Amelia — comes to approximately $40,000, or $6,666 per jurisdiction for the GAN until the state reimburses the expenses, according to a presentation during the meeting.

A booking intake area, will contain 10 single holding cells, a new single detox cell and a single group holding cell, according to a presentation by Davenport & Company and PRJ Superintendent Donald Hunter.

For the 15-year bond, the annual debt service comes between approximately $50,000-$55,000 and approximately $41,000 for 20 years. However, financial advisory service Davenport & Company LLC Senior Vice President James “Jimmy” Sanderson noted during a presentation recommending courses of action regarding the loan that the total interest paid for the 20-year loan increases by $69,000 per member.

The payments the localities will allocate are tax exempt.

Cumberland County Administrator and Attorney and Authority Vice Chair Vivian Seay Giles noted that the cost of the bond was raised to $3.6 million after its initial estimate of $3.1 million.

Members of the six-county authority debated the length of the long-term loan following Sanderson’s presentation.

Prince Edward County Administrator and Authority Chair Wade Bartlett said members of the board, during a Thursday board of supervisors meeting, determined to vote for a 10-year loan term, in which payments would be higher for the first 10 years, then lower.

“We were instructed (by the Prince Edward Board of Supervisors) to vote for 10-year,” Bartlett said, noting the banks would have to approve the adjustment. “There would be a higher payment for the first 10 years, which the county, Prince Edward, would pay, and then it would go lower after that.”

Sanderson said the information presented holds information for the 15-year and 20-year long-term bond and said it could be a discussion among members of the authority.

“The resolution in front of you is to approve the debt,” Sanderson said, “and then the determination, certainly, we would love guidance from the board, obviously, is left to whomever is pursuant of the resolution.”

Giles said the 10-year option would not speak for every locality.

“The chairman is from Prince Edward and the vice chairman is not going to agree to anything — correct me if I’m wrong, — everyone else is uncomfortable with,” Giles said.

To vote on financial matters, Giles noted that at least 12 county representatives must be present to vote. Two-thirds of the authority must vote in favor of a particular course, Giles and Bartlett said.

Three members of the authority voted in opposition to a 15-year bond, while 12 members voted in favor of the bond.

Authority members voted unanimously in favor of the GAN.

The Prince Edward County board of supervisors discussed the operational expenses of taking over operation of the county’s landfill at... read more