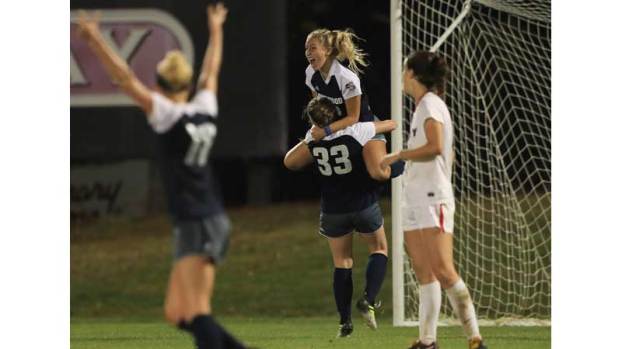 For the first time in program history, Longwood University women’s soccer will play for a Big South Championship.

The No. 3-seeded Lancers (13-4-3) upset No. 2 Liberty University 2-0 in the semifinals of the 2017 Big South Championship on Friday night at Bryan Park in Greensboro, North Carolina, setting up a championship showdown against No. 1 High Point University (12-7-1) on Sunday at 2 p.m.

Friday’s victory also extends Longwood’s unbeaten streak to 10 games, a record in the school’s Division I era, and the Lancers’ 13 wins also matches the program’s all-time Division I wins record.