Longwood University’s SNVC Institute for Leadership announced Sarah Kasko as an undergraduate recipient of a $1,000 scholarship. According to a press release, “leadership is a trait that has been inherent in Sarah since she was a little girl.” 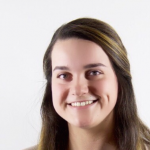 “She began giving of herself as a member of the Girl Scouts in the first grade,” officials said in the release. “Participating in service projects for over 11 years had set the stage for her to continue sharing her talents during her years at Longwood.”

The release cited that after two service trips, to assists victims of natural disaster relief, from severe flooding, Kasko states in her essay that she knew, “there was no way I could go away to college and not participate in leadership roles or community service.”

She had initiated the “End in Mind” to make a difference as a transitional person to impact change during her time at the University.

“Before her start as a student at Longwood, she contacted the cross-country Coach to ask to be considered as a team manager,” officials said in the release.

“The coach was quite impressed and immediately offered her this role. This is no small commitment since it required waking up at 5:30 a.m. to facilitate practice and meets.”

The release cited that Kasko also serves as a resident assistant to over 30 first year students at Longwood.

“She offers them not only guidance on the practices and policies of the University, but also valuable insights on how to get the most out of the college experience through involvement,” officials said in the release. “She was recently inducted to Alpha Phi Omega, a National Service Fraternity were she currently participates in 35 hours of service each semester.”

According to the release, even during summer break she continued to assist others as a counselor at a camp for children with special needs.

“Sarah’s personal goal is to ‘be a better person every day,’” officials said in the release. “Although she has not participated in ‘The 7 Habits of High Effective People training offered by the SNVC Institute, she has demonstrated the qualities and principles of the program.”

According to the release, Kasko takes responsibility for her personal paradigms to create positive change in all she does, not only for herself, but with all others with whom she has contact.

“She strives to be a positive role model to all,” officials said in the release.

In two years, a group of Longwood students will breathe in the crisp mountain air near the headwaters of the... read more