Celebrated fiction novelist and Pulitzer Prize finalist Chang-rae Lee has been named the winner of the 2017 John Dos Passos Prize for Literature, a premier literary award given annually by Longwood University. 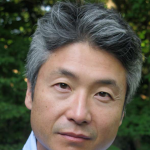 “Chang-rae Lee’s work is masterful in exploring themes of immigration, alienation, assimilation and the intricacies of cultural diversity,” said Dr. David Magill, associate professor of English at Longwood and chair of the Dos Passos Prize committee. “He tackles challenging subjects like racism, discrimination and the quest for identity, and his narratives speak to the very essence of what it means to be an American.”

Lee, the author of five fiction novels, is the 36th recipient of the Dos Passos Prize, the oldest national literary prize given by a college or university in Virginia. Distinguished past recipients such as Paul Beatty, the 2015 winner, have gone on to garner further acclaim after their Dos Passos Prize selection. Beatty won the prestigious Man Booker Prize for Fiction in 2016 for his novel The Sellout.

Lee, a professor of English at Stanford University, will receive the Dos Passos Prize at a ceremony on Longwood’s campus on March 21, 2018. He will visit classes and read from his work after the presentation.

Lee was chosen as the winner from a shortlist of five finalists, who were nominated by members of the Dos Passos Prize Committee. The committee looks for works that explore specifically American themes, experiment with form and encompass a range of human experiences.

“Lee’s work demonstrates a real focus on characters negotiating different ideals and contexts in their lives, while defining their own unique identities,” Magill said. “He’s a gifted writer and most deserving of the 2017 Dos Passos Prize.”

Lee’s most recent novel, On Such a Full Sea, is set in a dystopian America city of the future, divided into labor settlements, where a 16-year-old Chinese-American girl named Fan searches for love. The book was a finalist for the 2014 National Book Critics Circle Award and won the 2015 Chicago Tribune Heartland Fiction Prize.

Across all of his works, Lee—who was born in South Korea and moved with his family to the United States when he was 3—has displayed a natural affinity for characters trapped by behaviors and conditions they cannot control.

“I think I’ve been consistently fascinated by the question of persons who find themselves in a context that either fits too well or doesn’t fit at all, by persons who feel they exist simultaneously inside and outside of a cultural or political space,” Lee said in an interview published earlier this year on Stanford’s website. “It’s no surprise that as an immigrant I’ve always been extra conscious of this interplay.”

Lee’s novels have won numerous awards and citations: Native Speaker, published in 1995, won the PEN/Hemingway Award for Debut Fiction; A Gesture Life, published in 1999, won the Asian-American Literary Award; Aloft received the 2006 Asian/Pacific American Award for Literature; The Surrendered was a finalist for the Pulitzer Prize for Fiction and won the 2011 Dayton Literary Peace Prize.

The John Dos Passos Prize for Literature, founded in 1980, is named for the talented but often overlooked 20th century American writer, best-known for his U.S.A. trilogy. The prize recognizes contemporary American authors who have produced a substantial body of published work that displays characteristics of Dos Passos’ writing: an intense and original exploration of specifically American themes, an experimental approach to form and an interest in a wide range of human experience.

Lee was named by The New Yorker as one of the 20 writers for the 21st century.

Longwood University’s SNVC Institute for Leadership announced Sarah Kasko as an undergraduate recipient of a $1,000 scholarship. According to a... read more