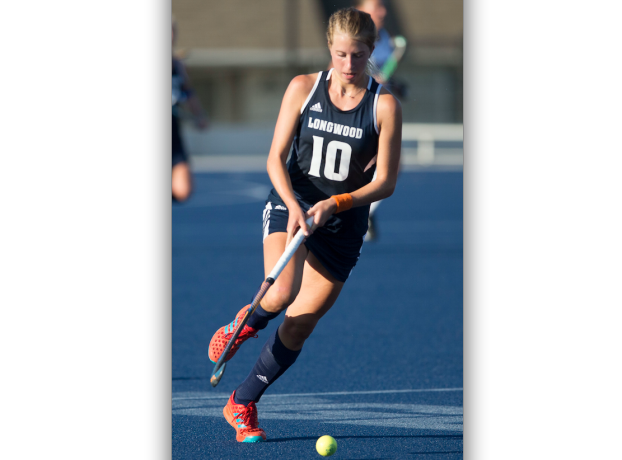 After a three-goal weekend that included a game-winner against Appalachian State University on Saturday and a game-tying goal at American University on Sunday, Longwood University field hockey junior forward Leonie Verstraete was named the Mid-American Conference (MAC) Offensive Player of the Week, as announced Tuesday by the conference office.

Tuesday’s honor was the second time Verstraete has been named the player of the week. She joins fellow junior Katie Wyman as the lone two Lancers to earn multiple awards this season.

A native of Utrecht, Netherlands, Verstraete has, over the past four games, scored seven goals and is on pace to smash her career-best 14-goal season last year.

Her 11 goals lead the team, and six of those have been game-winning goals, including her first strike in Saturday’s two-goal performance.

Verstraete and the Lancers (9-2) visit Ohio University on Friday at 5 p.m.