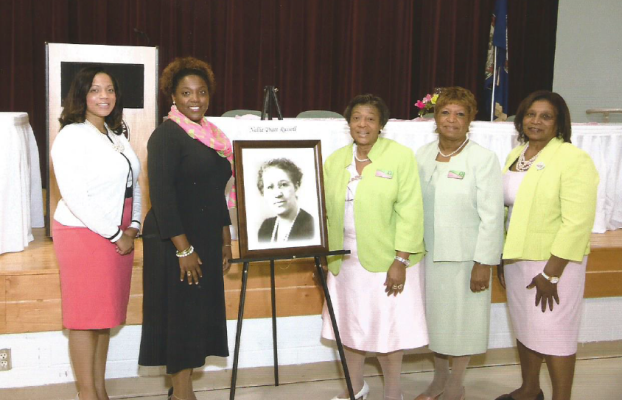 Alpha Kappa Alpha Sorority Inc. (AKA Inc.) members honored one of its six incorporators, Nellie Pratt Russell, with a historical marker located near the Brunswick County Museum Historical Society in Lawrenceville. According to a press release, several dignitaries from Virginia and North Carolina were in attendance.

“A ceremony and reception, which were held at Southside Virginia Community College in Alberta, included a speech by the Honorable Carla Archie, Superior Court Judge from District 26 in Charlotte, North Carolina,” officials said in the release. “Russell graduated from Howard University in Washington, D. C. She later taught at Saint Paul’s College in Lawrenceville.”

The release cited that while a student at Howard, she became a member and incorporator of AKA, Inc.

“The incorporation of Alpha Kappa Alpha Sorority, which occurred Jan. 29, 1913, ensured the perpetuation of the sorority, with the power to organize, institute and charter subordinate chapters whose particular purposes and objectives would be to promote an intellectual standard and mutual uplift of its members,” officials said in the release. “Alpha Kappa Alpha Sorority, Incorporated is an international service organization founded at Howard University in 1908 whose motto is ‘Service to all Mankind.’”

Break Glass to open at LCVA

The Longwood Center for the Visual Arts (LCVA) will feature the poignant and timely work of VL Cox with its... read more